Masculinity: what is the dominant narrative around it and how does it effect the way we coach, educate and behave? PDP Lead Researcher, James Vaughan confronts this challenging topic all in the name of a good cause. PDP will be raising money & awareness for this campaign in October. Are you a polished man?

Over the last 18 months I’ve written (and talked – probably too much) about the influence of:

Especially in relation to motivation, creativity, our coaching and player development.

At times I’ve called the issues above socio-cultural constraints because they shape the environments (the ecology of social systems) that we coach in, and over time they mould our:

However, one socio-cultural constraint has gone without mention. It has been sitting in my blind spot and it’s perhaps the most dominant, the most deadly and the most destructive to our coaching and to people’s lives around the world: Masculinity.

You may think I’m over-reacting, but watching the documentary ‘The Mask You Live In’ was like seeing someone join all the dots and link many socio-cultural constraints to an issue that’s embedded in everything.

Take three minutes to watch this!

Masculinity may be the most tangible example of a damaging socio-cultural constraint, because it shapes all environments and all of the relationships we have.

In a recent video discussion MK Dons Head of Academy Coaching Edu Rubio highlighted empathy as the key attribute he looks for in coaches. In the documentary ‘The Mask You Live In’ they explain:

“There’s a dominance hierarchy. There are tough guys who are on the top, and there are the weaklings, (often called) the ‘girls’, who are on the bottom of the heap. Now this is the origin of sexism and homophobia.”

There is so much to say on this one quote, but this is only the tip of the iceberg. The documentary goes to on to highlight so many issues and experiences that resonate with me personally and effect men, women and children – it’s a must watch.

From a coaching perspective, masculinity may be the most dominant socio-cultural constraint on the learning environments created for boys and girls. Choking compassion, eliminating empathy and killing creativity, masculinity is a controlling construct based, according to Joe Ehrmann, on three lies.

Joe Ehrmann is a coach, former NFL player and author of InsideOut Coaching: How Sport Can Transforms Lives. In the documentary Joe highlights three lies every boy learns about masculinity in America.  My thoughts are in italics.

1: The first lie every boy learns in America is that we associate masculinity with athletic ability – size, strength or some type of skill set.

Boys that show what society judges as ‘ability’ or ‘talent’ are set up for tremendous failure and frustration in life, because being a man doesn’t have a single thing to do with athletic ability.

This also causes athletic ability to monopolise young people’s lives, something that happens to many young athletes including me (my story is described in this article: Misguided Praise Junkies).

2: The second lie every boy learns is that we associate masculinity with economic success.

Joe says: “It has been said that comparison is the thief of all happiness, so if you’re building  your sense of masculinity based on power and possessions there’s always going to be someone that has more! That leads to an incredible empty life of striving for things at the expense of what’s truly important in life.”

Whether it’s the corruption of FIFA or the dominant narrative of ‘success is money and money breeds success‘ this story runs deep in socially constructed ideas of American masculinity.

Dr Madeline Levine gives the example of an eight-year-old boy saying ‘when I grow up I want to be a venture capitalist’. Dr Levine says: “There are so many things wrong with that, that I hardly know where to start. The extent to which he comes in and has already been programmed, he is going to have very limited options in his life. And they will never feel authentically his own.”

3: The third lie is that in this culture we associate sexual conquest with masculinity. Associating  that with masculinity is so dehumanising. Those ideas are designed to keep boys silent to keep them conforming to the construct.

I’m sure we are all aware of the scandals in American Universities with the Stanford Swimmer Case being a glaring example; however, again this may only be the tip of the iceberg.

For a mother’s perspective on the difficulties associated with masculinity and the blind spots it creates in young men, check out this article.

Recently this Public Service Announcement ‘Dear Daddy‘ from Care Norway, the Norwegian branch of charity Care International, went viral in Scandinavia. After watching this it became pretty clear that I’d been in sporting environments that had reinforced sexism and I’d laughed along while the jokes where made.

This was a pretty painful realisation and even though I’d stopped laughing at the jokes by the time my next training camp came around I didn’t call out the culprits or attempt to change things. Perhaps I felt isolated, like I would be the only one protesting and I’d be rocking the boat at a crucial time (World Cup preparations). I regret this now.

Moving forward I’d like to start making up for this missed opportunity. This is one of the many reasons the PDP team is signing up for the the Polished Man campaign 2016:

The campaign raises awareness and funds to support the 1 in 5 children who suffer physical and/or sexual violence before the age of 18. Why the focus on Men? Because 90% of all sexual violence against children is perpetrated by men, but the Polished Man movement is not about pointing the finger. It’s about empowerment. It’s about asking men to unite and lead by example, channelling the collective strength of masculinity to protect society’s most vulnerable citizens and our future leaders.

According The Mask You Live In suicide is the third leading cause of death in boys. Dr Niobe Way says that the dramatic rise in suicide happens “exactly at the age that we begin to hear the emotional language disappear from boys’ narratives, in the national data that exactly the age that boys begin to have five times the suicide rate compared with girls.”

“He wears a mask, and his face grows to fit it…” George Orwell

In the documentary a story is retold in which a young boy is asked:

“Coaches in this country have so much power. Such a position in the lives of young people that they do attain this father-like status. Trying to seek the approval of that coach, coaches can do an awful lot of good and an awful lot of bad.”

Support PDP and help us raise awareness by sharing this blog and joining our polished man campaign.

In this TED talk Joe calls for us all to re-frame sports and the role of coaches to focus on two key areas: Firstly to help develop relationships and secondly to have a higher purpose or a commitment to a cause. 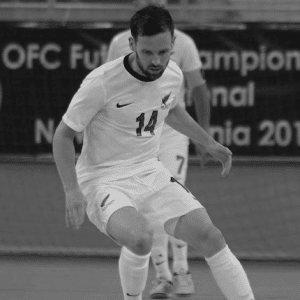 James Vaughan James Vaughan is a Co-founder of Player Development Project and currently based in Barcelona where he is working towards his PhD in Creativity & Motivation in Football.
Previous
Next