Steven Reid could be described as something of a journeyman in English football. However, with a career that now spans 17 years at the top level, 23 full international caps for the Republic of Ireland including the 2002 World Cup, Steven’s achievements are significant. With well over 200 appearances at English Premier League level, Steven is an example of a different generation of professional footballer.

He came through the English system at a time when things were perhaps simpler, less professional and
more about playing football for fun: something that has perhaps been lost in the modern age of Academy football.

Now in the final stages of his playing career with Burnley FC in the English Premier League, Steven gives us an insight into his development as a young player and how he got to play at the top level with and against some of the best players in the game.

PDP: Growing up, where did you play and who with? Give us a brief history of your playing history as far back as you can remember.

SR: It was very different to how Academy football is now. From the age of 11 to 16 it was one or two sessions a week in the Centre of Excellence. There were three or four of them dotted around London and I was training in Sheen twice a week. In school holidays we would train everyday, but didn’t do the hours that the young lads do now. Outside of that it was street football or weekend local football, whereas now the commitment is all about the club you play for. But I really enjoyed my school and county football.

PDP: Do you look at the way players are trained now and subscribe to the idea?

SR: I think younger players are given too much too soon. If every club is trying to head in the same direction to be a Category 1 Academy, then that means every player has access to GPS, heart rate monitors, video clips and analysis at 10-15 years old. For me, this means that when they progress to the first team, there’s no real difference between the steps from Academy to first team. That’s just the way I was brought up, and when I made it to the first team there was a huge step up. That’s the way the game has gone with the EPPP [Elite Player Performance Plan] in England, and I think it’s here to stay.

PDP: What challenges did you face as a young player?

SR: The first challenge was to progress through schoolboy football and then the big step was signing at age 16 to
a two-year apprenticeship. Avoiding the seduction of off-field issues as you grow up and as your friends start to go out drinking, socialising or exploring made the challenge of staying on the straight and narrow and getting to the top a big challenge as a youth player. We were lucky at Millwall that when the club went into administration a large group of very young players were given a chance to play first-team football. In a way, we were fortunate to get that opportunity to play first-team games at a young age and that helped with our focus.

PDP: When was your first real setback and how did you overcome it?

SR: It was quite a smooth transition for me coming through the ranks. I made my debut at the age of 17, signed a pro contract on my 17th birthday and played for Ireland at 19. The transition to Blackburn was massive. It took me a little while to adjust to feeling that I fitted in at the club given the world-class players in the team and the fact the club had finished 6th in the Premier League. Outside of that, moving away from London was a big challenge.

PDP: Describe the role of football in your life?

SR: I was actually speaking to friends recently about this. This could be my last season or two. Since I left school and started as an apprentice, I have only known football – it’s been 17 years. I have done my UEFA B license and I am halfway through my UEFA A license. I’d like to stay involved in the game and I really want to pass my experiences on to young players. I have had surgeries and a serious ACL injury so I understand how mentally tough it is to stay in the game and keep pushing yourself forward.

PDP: What are you hoping to do when you retire?

SR: I really would like to go down the coaching route and also have some interest in doing media work. I think I have a good understanding of the game and of different managers and could certainly relate to players who face challenges in terms of recovering from injury, and who are pushing themselves to stay in the game. PDP: List the teams you’ve played for and the highlight your career?

I’ve played for Millwall, Blackburn Rovers, West Bromwich Albion and Burnley FC. There are a few real highlights. Firstly, playing in the World Cup in 2002 with Ireland. I was only a young lad at the time, and it doesn’t really sink in until later in your career. I think watching the 2014 World Cup in Brazil drove home how significant the event is. The second was the season we finished 6th place in the Premier League at Blackburn. Finally, the four seasons I had at West Brom where we were fighting for survival in the Premier League were fantastic. All those highlights are different type of success, but they were all great.

PDP: Who has been your favourite coach to work with and why?

SR: I’ve been lucky to work with so many good managers. Roy Hodgson was a massive influence on me at West Bromwich Albion. I’d played bits and pieces at right-back but when he came in he taught me so much about the game, particularly around tactical play and defensive structure. I was approaching 30 years old and was thinking ‘how much more can I learn about the game?’, but he taught me a lot. Steve Clarke was also a great mentor. I was starting my coaching badges at the time and he was extremely helpful to me. He came in at a diffcult time, following on from Roy was not easy but he got the club to 8th in the league – he’s a top manager. We are still good friends and catch up for coffee regularly.

PDP: When did you peak as a player?

SR: Probably the 2005-06 season at Blackburn where we finished 6th in the League. After a tough 12-18 months
at the club, I scored a ‘wonder goal’ of sorts around the New Year period against Wigan Athletic. After that, things started to really go well and that year or so, where I played centre midfield under Mark Hughes, it was a very good one.

PDP: What is the worst injury you’ve had? How long where you out and what was the rehab like?

SR: The ACL was a bad injury but the rehab wasn’t the worst part of it, it was quite straight-forward. About 6 months after that, I had to have surgery in Colorado on a fracture I sustained. That was a very tough time in my career.

PDP: What’s your advice to young players in regard to the most important thing you can do off the pitch to perform well on it?

SR: You really just have to dedicate yourself – your life – to becoming a professional footballer. You have to work hard at school, you need to display character and you need to stay on the straight and narrow.

PDP: Who is the most creative player you’ve played with or against?

SR: For me, Tugay was the most creative and exciting player I’d played with. I look at Pirlo and the way he plays now, and he reminds me of Tugay so much. He didn’t necessarily have the most stamina or pace, but on the ball he was unbelievable; he always had time in possession. He was a genius and a really important player for Blackburn Rovers. Against, would be Gareth Bale most recently and Cristiano Ronaldo when he was at Manchester United. Bale especially before he went to Real Madrid was phenomenal.

PDP: How do you define creativity in football?

SR: To have something special, do something to change the game or be a match winner. Creativity to me is that moment of brilliance (especially going forward) and a bit of magic that can help your team when it’s needed. PDP: How do you believe creative footballers are developed?

SR: I think it’s about giving them freedom, especially in the final third. I feel we’ve always had an issue in England of taking the natural creativity away from players and turning them into robots who have to simply do a job. Being given license to make mistakes and take risks going forward and enjoying the game.

PDP: How would you describe your playing style and where does it come from?

SR: Solid, reliable and dependable is the way I like to see myself. At Blackburn I played in a box-to-box centre mid field role so scored the odd goal, but as I’ve got older and had a few injuries, I have had to change my game and adapt. I can’t cover the distances like I did in my mid-twenties so I have had to read the game better and try to be an intelligent player who can adapt my game to the requirements of my team or role. All of those changes come from experience.

PDP: Can you supply us with four mentors?

PDP: What is your charity of choice?

I am a patron of the Nystagmus Network, as my little boy suffers from that condition, so I work along side them, support them with donations and try to do what I can to help their cause.

For more information about the Nystagmus Network click HERE. 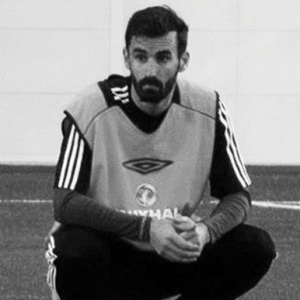 Dave Wright Dave is a UEFA A licensed coach and Co-Founder of Player Development Project. He has 15 years’ coaching experience from high school first teams through to professional academy football in England, where he worked in London for both Brentford FC & Fulham FC. Dave has also worked in elite development at state level in Australia and New Zealand. Check out Dave’s eBook, Performance Soccer Coach: A Guide to Positive Player Development on Amazon.
Previous
Next

The Impact of Mentors in Coaching with Trevor Challis

In this Masterclass Discussion, PDP Coaching Advisor James Coutts is joined by Bristol City FC U18 Lead Coach, Trevor Challis. In this discussion Trevor shares some invaluable stories from his playing days and in particular the late great Ray Wilkins that has helped shape how Trevor coaches now. This is great discussion around guiding players through their developmental journey and ensuring that honesty is at the forefront of what coaches do. Trevor and James discuss the importance of role models and leadership as a key…

In our latest Player Development Project webinar replay, we focus on coaching younger players. PDP Technical Advisor, Dan Wright is joined by two top academy coaches, Nathan Thomas and Nathan Philip. Nathan Thomas is currently the Lead Foundation Phase Coach at MK Dons and has experience coaching at Middlesborough, Arsenal and Brentford – he also holds the FA Advanced Youth Award. Nathan Philip holds both the UEFA A Licence and Advanced Youth Award, has worked across these age groups in both coaching and recruitment roles…