Is psychology being embraced in coaching environments? Many modern coaching courses and clubs have improved their advocacy of sports psychology, but is there still a stigma or reluctance to hone in on the psychological component of coaching? New PDP contributor, Blaine McKenna shares his research after a survey of coaches in Northern Ireland working in the game as to how they engage with psychology in their coaching environment.

This is the first in a series of blogs relating to the findings from my MSc research which is titled ‘Soccer Coaches Engagement with Sport Psychology in Northern Ireland’. Interviews were conducted with six UEFA Pro licence , two UEFA A licence and two UEFA B licence coaches who were all involved in full-time sport-related jobs. The aim of the project was to investigate knowledge and perceptions of sport psychology, barriers to sport psychology, personal use of psychological techniques, and ideas to improve the current knowledge and use of sport psychology.

We are all now beginning to realise the importance of sport psychology and how much needs to be done to improve the current provision of sport psychology for footballers, especially at youth level. Finding the barriers that prevent this from happening is vital to allow us to come up with solutions to overcome them and advance sport psychology. I am keen to hear your views, so as you read through have a think about how we can overcome these barriers at grassroots level.

The majority of coaches interviewed believed there is a negative perception of sport psychology, with one coach saying, “I think [sport psychology is] put on a piece of paper to help get funding, to tick boxes and not necessarily be used in any great detail.” Another coach followed this by outlining, “I’d say it’s probably negative to be honest because I don’t see a lot of it.” Until these perceptions change, sport psychology will never advance. Coaches need to understand its importance and buy in to it. It was also believed that technical and physical development gets prioritised over psychological development, with one coach remarking: “It’s probably well down the pecking order. Perhaps strength and conditioning has come to the fore…If you’re talking about football I don’t think sport psychology is being given its place.”

Whilst creating technically proficient and well-conditioned players is vital, their development could be stifled unless they can develop confidence and overcome setbacks. Coaches also believed a lack of ‘buy in’ from players was a major problem, with one senior level coach saying, “I have had examples where I’ve tried to use mental imagery and relaxation and people [players] have laughed.” If we get players into the habit of using psychological techniques from a young age they will begin to realise its importance, which will help overcome these problems at senior level. On a more positive note, all of the coaches interviewed recognised the importance of both coach and player using psychological techniques and a number of coaches believed the reason more Northern Irish players were not progressing into the professional game is down to a lack of mental toughness.

Another major barrier was a lack of knowledge, as highlighted by one coach who said, “Coaches maybe don’t understand it or understand the benefit of it.” If a coach’s knowledge is poor they won’t understand how it can benefit them, won’t encourage their players to use it, and won’t have the expertise or confidence to implement psychological techniques effectively.  This lack of knowledge can also contribute to negative perceptions.

One of the main barriers was time, with one of the coaches saying, “If you’re trying to prepare a team you probably put psychology way down the list of priorities because you’ve only got them two nights a week.” Contact time with players is so short that coaches don’t want to give up any pitch-based time and have no time for psychology-based workshops. Coaches also lead busy lives themselves which means they don’t have much time to learn about or introduce an area they’re not familiar with, as they already have to plan sessions and deal with many other logistical issues.

A lack of finance was mentioned by most coaches, with one coach outlining, “Getting somebody who’s qualified, who knows what they’re doing is going to cost money and there’s just none in the country in any set up.” This is a major problem in grassroots football clubs as they just about have enough money to make ends meet without hiring sport psychologists or paying for their coaches to attend psychology courses.

Other less mentioned barriers included a lack of access to sport psychology, previous bad experiences, difficulty introducing it in a team environment, lack of confidence to embrace it, under-appreciation for it, the fact it’s overlooked on coached education (I’ll discuss this in more detail in a future blog), and resistance to change. Exposure to sport psychology is also another issue which I’ve written about in a previous blog, outlining how people who haven’t been exposed to it don’t know what it is, what it looks like or how it can benefit them, and I also discuss how perceptions change when they do experience it. The findings from my study replicate previous research in English, Swedish, Portuguese and Spanish soccer. These studies were conducted in top-flight professional football clubs who have the resources and time to implement sport psychology yet face many of the same barriers grassroots coaches do, which shows it is not seen as a priority in top-level football either.

Negative perceptions, a lack of knowledge, time, and finances were the main barriers to sport psychology in soccer, which replicates previous findings in the research. It is clear much needs to be done to improve the current state of sport psychology for both coaches and players. Sport psychology is vital to develop football players whose use of psychological techniques needs to be just as proficient as their passing technique if they want to play at the top level.

With this in mind we need to find solutions to overcome these barriers and advance sport psychology to give our young players the best possible chance to live out their dreams as professional footballers.

If you have any ideas on how we can do this please feel free to comment below or join the discussion on Twitter. Also, please comment if you can relate to these barriers or if you feel there are any other barriers not mentioned that prevent you from using sport psychology. We all need to work together if we want change to happen. 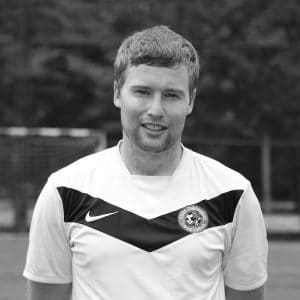 Blaine McKenna Blaine is a UEFA B licence coach who holds a masters degree in Sport Psychology. During the past nine years, he has coached on 5 continents, and ihas just finished his role as Head of Coach Development at Dunedin Technical AFC in New Zealand. He is now Academy Director at Ubon UMT United.
Previous
Next