Coaches around the world are having to innovate with their session design as football training kicks off in some nations after the global pandemic. In this article, PDP Coaching Advisor, James Coutts shares some practical ideas for sessions that allow for social distancing.

Like many coaches preparing to get back onto the grass I started designing my sessions for the various groups I’d be working with as football resumes with a whole new remit – social distancing.

Most sessions I’d implemented prior to the Covid-19 lockdown included full contact, so designing sessions where this can’t happen has provided a great challenge and an opportunity to develop new sessions whilst still having the same common themes:

With a 6-8 week build up towards playing competitive games again, I didn’t want to just design sessions that involved passing patterns or unopposed finishing. From a players perspective, this could become quite boring, repetitive and lacking in realism if it was the only focus.

While social distancing is still vitally important, I am confident that utilising the sessions below means I can still get the desired outcomes, just in a slightly different way. As with all practices we share at Player Development Project, I would encourage you to look at these and adapt them both to your players needs, and of course their age and stage of development. 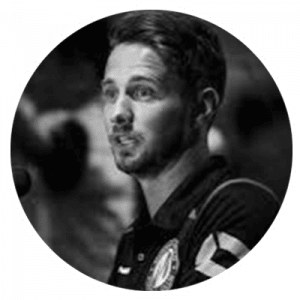 James Coutts James Coutts is a Coaching Advisor at Player Development Project. He is a former Southampton FC & AFC Bournemouth player, has coached NPL Football in Australia and has completed his AFC A-License through Football Federation Australia.
Previous
Next