What role might emotional intelligence play in coaching? In this two-part blog, we follow the personal journey of Sam Grace, Youth Development Phase Coach at Reading FC, as he seeks to understand the importance of emotional intelligence and how applying the principles outlined by leading psychologist Daniel Goleman can help coaches.

According to Hoffenheim manager Julian Nagelsmann, currently the youngest top-flight manager in Europe’s leading leagues at age 29, “Thirty percent of coaching is tactics, 70% social competence” (Honigstein, 2016). It’s coaches like Nagelsmann who have intrigued, inspired and motivated me to learn more about their methods and beliefs, particularly around emotional intelligence, or the “social competence” mentioned by Nagelsmann.

In 1988, Goleman analysed 188 global companies, where he tested and interviewed the star performers within them. He found that at managerial level, technical and cognitive skills were comparable, with emotional intelligence being the crucial factor that differentiated employee’s positions. Boyzatis, Goleman and Rhee (1999, p.3) define emotional intelligence as “When a person demonstrates the competencies that constitute self-awareness, self-management, social awareness and socials skills at appropriate times and ways in sufficient frequency to be effective in the situation.” This quote encapsulates the role of the coach, who must constantly assess and act upon a myriad of scenarios, including player issues, tactical dilemmas and social problems, whilst ensuring their own performance is at optimal levels (Thelwell et al., 2008).

According to Goleman (2004, p.3), “Self-awareness means having a deep understanding of one’s emotions, strengths, weaknesses and drives.” It soon became apparent that self-awareness underpins the other four characteristics. Let me give an example from my coaching experience: after being under pressure, we managed to equalise in the 45th minute, only to concede before the half could finish. I was aware that my emotions had swung from joy (we’d scored) to annoyance (we only had to defend for a minute to be equal at half-time) to acceptance (their scorer had a clear height advantage, and no amount of planning or strategy could have stopped us conceding) within seconds. The whistle was blown and the players were coming off for half-time. My empathy for the players is strong, and I recognised they were upset and annoyed, and so I needed to self-regulate my emotions so that the communication we were to have during the interval would be effective and motivate them to achieve in the second half. An emotional response dwelling on the conceded goal could have affected their learning and potentially hindered their second-half performance (Thelwell et al., 2008).

My increased awareness of my emotions was a result of using Plutchik’s Wheel of Emotions (1980). After each session or match, I would record the emotions I felt, and the thoughts that triggered them. To try and ensure accuracy, the same task was completed by three players and, where possible, by fellow staff. Occasionally I had the opportunity to be videoed, which allowed me to further evaluate my reported emotions and cross-reference the accuracy of my recording (Eröz-Tuğa, 2012). Typically, my emotional responses were based on player application and performance, with occasional influences from other staff, parents and environmental factors. During the two months of recording, I experienced annoyance (24), joy (20) and interest (19) the most, with the players perceiving me to display joy (15), trust (15) and interest (8). The recording process increased my self-awareness and capacity to identify my emotions, and the behaviours associated, particularly with negative emotions. It became clear to me that if something angered me, to the point where I had an internal physical response, then there was a knock-on effect with my decision-making. I was far more likely to respond in an obstructive or negative fashion to the next question or scenario (Richardson, 2016), when I should have been judging it on its own merits.

However, with an increasing awareness of my emotions, I became better placed to regulate them (Gill, 2016). Goleman suggests that self-regulation is the “ability to control or redirect disruptive impulses and moods: the tendency to suspend judgement to think before acting” (Goleman, 2004, p.3). All coaches will experience moments when they are upset or annoyed; however, those with high emotional intelligence will find ways to handle them, or even better channel them (Goleman, 2004). Jose Mourinho is not a name that springs to mind when it comes to self-regulation, but the quotes below potentially highlight how he is trying to self-regulate more after his disappointment at Chelsea.

“Today, I feel good with my personality as a man. I have matured, I am more peaceful. A victory no longer represents the moon, and a defeat hell.

“I believe that I am able to transmit this serenity to those who work with me, to my players. I have the same ambitions as before. The same involvement, the same professionalism, but I’m more in control of my emotions.”
(Mourinho cited in Banks, 2017)

I tried to personally self-regulate by being more mindful of my internal and external experiences occurring in the present moment (Kabat-Zinn, 2013). Using Williams’s adapted Cognitive Behavioural Therapy Model (2002), the situation, my thoughts, physical reactions, emotions and behaviours were recorded, along with my self-regulated actions. For example, a player suddenly told me that he had to leave immediately, which meant he would miss set-piece training for the upcoming National Cup Quarter-Final in two days’ time. My initial thoughts weren’t positive, and physically I was suddenly conscious of the achiness in my legs from the previous day’s exercise. However, the awareness of the physical reaction served as a trigger, and I managed to regulate myself not to show the annoyance that I was feeling. Instead of emotionally unloading my frustrations, the player was asked to take a sheet and read through the positional responsibilities. When I observed my reaction on video, I felt that I gave off a feeling of surprise, with the tone of my voice staying calm and my use of verbal and body language remaining neutral.

Thelwell (2006) advocated the benefits of coaches regulating emotions, highlighting how a positive social environment provides players opportunities to practice modifying their own psychological state too. It is an affordance that is crucial for players to develop if they are to play under the scrutiny of the Premier League.

Six weeks into the study we played an opposition that was always going to challenge us, and on the day we didn’t perform to our capabilities and were several goals down at half-time. As I looked around at the body language of the players, I was split between delivering the information in the usual calm way or perhaps increasing the intensity. Recalling a statement from my interview with Peter Moores, I decided on the latter. He had said, “I deliberately crank it up at times and use language that is slightly more volatile, but it’s more of a decision now to do it, because it feels like the right thing to do to get it going” (P. Moores, personal communication, February 23, 2017). So, I chose a more intense team talk than usual, focussing on how we would improve our high press, smartness of play and communication as a group. In the next few periods there was a slight improvement in these areas, without any real effect on the score. Interestingly, the post-game feedback from the players’ Wheel of Emotions sheet, perceived my atypical communication as “disgust” by some, because they “had lost by such a large margin” and because “people wimped out of tackles” (Wheel of Emotion Sheet, 19/03/17).

It appeared that the delivery style of the team talk had distorted the message, as neither myself nor my fellow coach had said such words. According to Culver and Trudel (2000), the misinterpretation of the information could be due to their own personal comprehension of the message, self-efficacy for the task, or previous similar experiences. Sinclair and Mark (Cited in George, 2000, p.1032) reported that: “emotions can result in both improved or impaired effectiveness, depending upon multiple factors,” whilst also acknowledging that, “negative moods may foster deductive reasoning and more critical and comprehensive evaluations.” (p.1030). Therefore, future studies could investigate the psychological effects of coaches’ team-talks, based on the emotions expressed and the resulting effects on individual and team performance.

Banks, P. (2017, March 21). Jose Mourinho Says We Should Now Call Him “The Calm One”. Retrieved March 24, 2017, from http://www.thesportsbank.net/football/manchester-united/jose-mourinho-says-now-call-him-the-calm-one/

Hayward, P. (2015, November 20). Eddie Jones: Players will learn I am devil and an angel. Daily Telegraph. Retrieved March 21, 2017, from http://www.telegraph.co.uk/sport/rugbyunion/international/england/12008824/Eddie-Jones-Players-will-learn-I-am-a-devil-and-an-angel.html

Williams, C., & Garland, A. (2002). A cognitive–behavioural therapy assessment model for use in everyday clinical practice. Advances in Psychiatric Treatment, 8(3), 172-179. 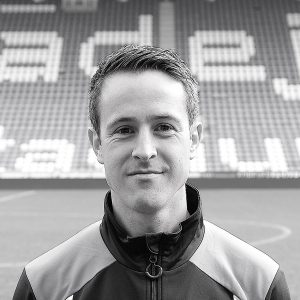 Sam Grace Sam is a UEFA A licensed coach who is currently studying for his Masters in Sports Psychology. Sam has twenty years coaching experience from grass roots, to all phases in academy football. At present he works with Reading FC U14's, alongside teaching.
Previous
Next

The Importance of Self-Reflection

The importance of self-reflection cannot be overstated. Observing ourselves in order to learn and improve is a key part of development — whether we’re a player or a coach. So what does it mean to self-reflect? And how can we create coaching environments that promote independent thought and learning? Below, we consider the fundamental components of self-reflection, and how we can facilitate self-reflection within our coaching environments to support our players’ development. In This Article What Does Reflection Mean? Understanding How Different People Reflect Supporting…