Lecturer and Sports Coaching & Development expert, Dr. John Stoszkowski discusses how systems and stories shape the way we learn and whether we do enough to question our current paradigm as coaches.

“Humans are pattern-seeking story-telling animals, and we are quite adept at telling stories about patterns, whether they exist or not.” – Michael Shermer

Imagine you’re a hominid going about your business on the plains of Africa a few thousand years ago. It’s daylight, so you’re out hunting and gathering food or wood for the fire – all in the hope of feeding yourself, keeping warm and surviving long enough to reproduce and pass on your genes. The simple life.

Now, imagine you hear a noise in the long grass up ahead. A rustling sound. What’s that you wonder? Is it just the wind blowing through the grass? Or could it be a lion about to attack? You don’t hang around to find out and run away.

If you’d assumed it was a lion and it turned out it was just the wind, that’s a Type 1 error (a false positive). Essentially you detected an effect that isn’t present; you thought A was connected to B, but you were wrong. Nevertheless, you came to no harm.

On the other hand, if you’d assumed the rustle in the grass was just the wind, and it was actually a lion, that’s a Type 2 error (a false negative). You failed to detect an effect that is present and, unfortunately, you’re now the lion’s dinner and your genes won’t be getting passed on any time soon.

Back in the day then, it was probably best to just assume all rustles in the grass were predators as there was no big cost to pay for a Type 1 error, but there was a much higher cost for making a Type 2 error. Indeed, as humans, the basis of our survival over thousands of years has been our ability to see such patterns and causal events in our environment.

Unfortunately, modern life isn’t so simple. In fact, it’s infinitely more complex! So what does this mean for the way we learn now?

David Hume’s Is/Ought problem describes how we often observe the way the world is and, from that, derive how things should be.

In recent years, FC Barcelona – with their admiral record of youth development and tiki-taka brand of football, and British Cycling – with their ‘marginal gains’ fuelled hauls of Olympic medals have been held up as examples of what we ‘ought’ to do in sport, as has the eponymous 10,000 hour ‘rule’ thanks to some dubious journalistic interpretation of Anders Ericsson’s research on expertise.

Similarly, the Finnish, Chinese, Korean, or wherever else’s models have all been put forth as examples of how it ‘should’ be done in education. These recommendations are inevitably influenced by a range of cognitive biases including confirmation bias and hindsight bias (or the knew-it-all-along effect).

Consider another example – ‘talent’ scouts in football. The media is full of emotive tales of scouts who “always believed X would make it” or “knew X had what it took from day one”. Really? When first glimpsing a 6 year old child on a muddy football pitch one rainy Sunday morning, they knew that child would go on to become a professional footballer some 12+ years later?

What you don’t hear in those tales are how many times that scout has thought or said the same thing about numerous other young players who ultimately didn’t go on to make it. Our memory is very selective it seems and, ultimately, it’s only after the fact (with the benefit of hindsight) that we can make such conclusions.

Most recently it’s been the turn of Leicester City FC, thanks to their magnificent (and odds-defying) Premier League title victory. The media and social networks have been awash with supposed insights into how and why they were able to upset the apple cart and do what they did.

For example, a state of the art technical scouting and performance analysis department has been cited. After all, they were able to spot and pluck eventual player of the year Riyad Mahrez from the French 2nd division for a reported £350k, peanuts in the modern game. However, those narratives tend to brush over the £9m club record signing of striker Andrej Kramarić, signed by the same people, now out on loan in Germany after scoring just 2 goals.

Similarly, Ranieri’s infamous ‘pizzas’ have made for a nice narrative and have been heralded as a key moment in the season (he promised the squad he would take them out for pizzas if they kept a clean sheet, something they had struggled to do up until that point). Many have interpreted this as being a key way to encourage team spirit and bonding. What is often missed, however, is that upon arriving at the restaurant, the players were told they had to make their own pizzas. The message being conveyed by Ranieri – nothing comes easy and we will have to work for everything.

Whilst both these examples have clear relevance and undoubtably played a role in Leicester’s success, the overall picture is far too complex to boil down to definitive black and white answers. Bonini’s paradox explains how it is very difficult or impossible to understand some systems due to their complexity, but by trying to reduce this complexity to simplified models or rules, the complexity is lost, and the model is therefore as useless in explaining things.

Thought provokers and points for reflection:

John is a lecturer in Sports Development/Coaching and is the course leader for the BA (Hons.) Sports Coaching Practice programme. He holds a BSc (Hons.) in Sports Science from Lancaster University, an M.Phil. in Sports Coaching (Education) from The University of Birmingham, and was awarded his PhD. at UCLan. John is research active and is currently conducting research in education in HE and sports coaching contexts. He is a member of the Institute of Coaching and Performance. To read more of John’s work, check out his blog here. 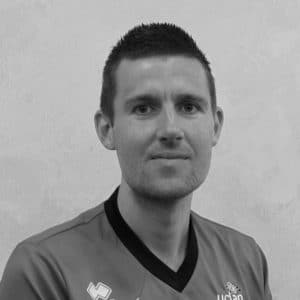 Dr. John Stoszkowski John is a lecturer in Sports Development/Coaching and is the course leader for the BA (Hons.) Sports Coaching Practice programme. He holds a BSc (Hons.) in Sports Science from Lancaster University, an M.Phil. in Sports Coaching (Education) from The University of Birmingham, and was awarded his PhD. at UCLan.
Previous
Next