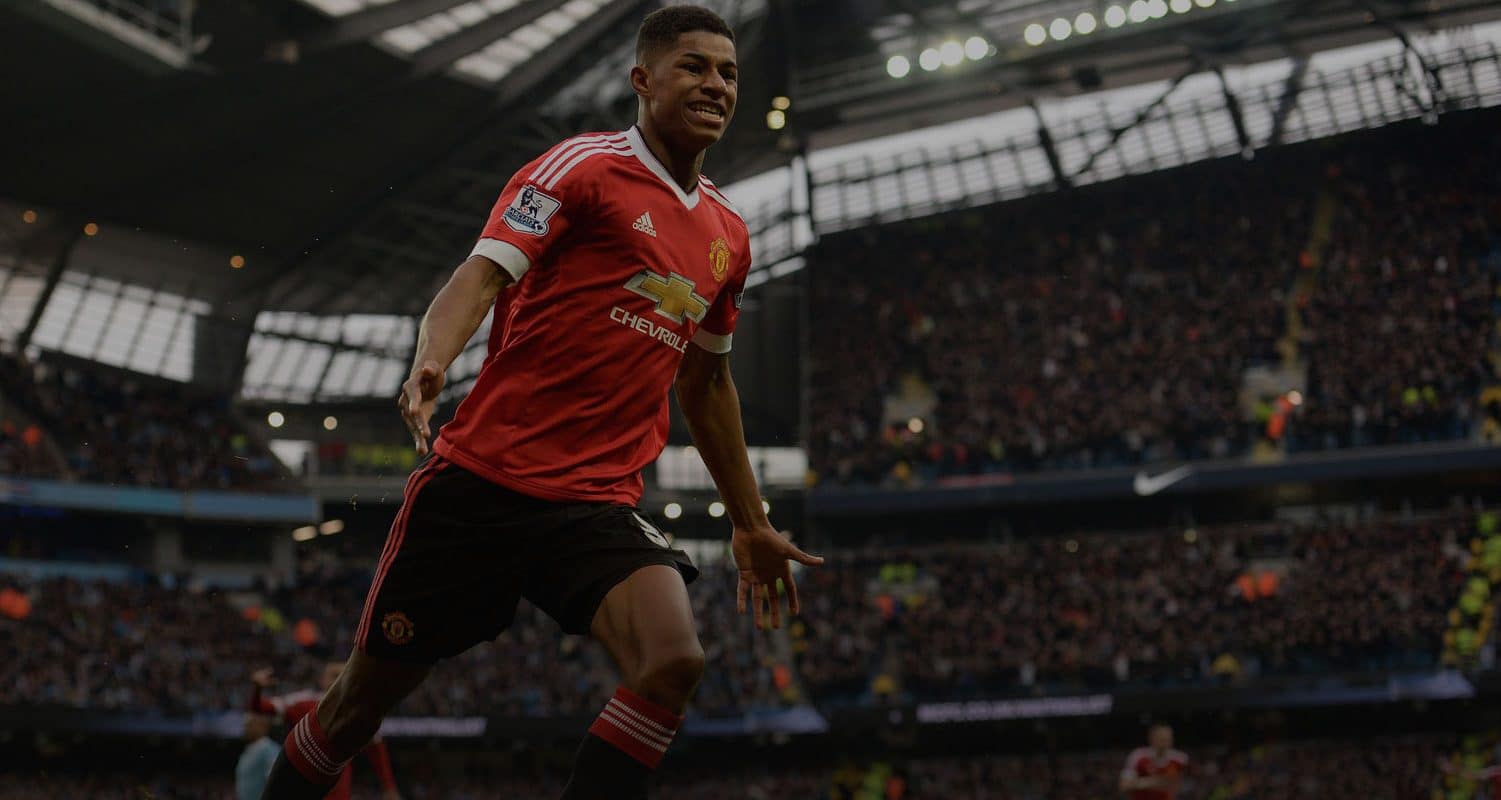 In Issue 12 of Player Development Project Magazine, Assistant Editor, Jon Hoggard spoke to David Horrocks, one of the key staff members at Fletcher Moss Rangers, arguably England’s most high profile grassroots club at present. The reason? A production line over the last 20 years that has most recently seen Marcus Rashford take the Premier League by storm.

It is a corner of the world which rarely garners headlines, a collection of football pitches nestled in south Manchester by the River Mersey a stone’s throw from the M60 motorway. But in this unassuming suburban corner lies a powerhouse of youth football: Fletcher Moss Rangers.

The club has been a production line of talent feeding into Manchester United in particular. The first Fletcher Moss player to ‘make the grade’ was defender Wes Brown, who went on to play 232 times for United and 23 times for England. Since then, players such as Danny Welbeck, Tyler Blacket, Cameron Borthwick-Jackson, Elliot Watson, Reece Brown, Kyle Bartley and Ravel Morrison have all come through from Fletcher Moss Rangers to professional careers. The latest to make headlines has been the stunning rise to prominence of 18-year-old Marcus Rashford, whose goals again Midtjylland, Arsenal and the winner in his first Manchester derby has already pushed his name in reckoning for the full national side having recently been named in an extended training squad for England’s Euro 2016 campaign.

David is proud of all his former players, however they’ve done, whether they play for Oldham, Fleetwood or Manchester United. He welled up as he spoke about the first time he knew Marcus Rashford might be something special. “He and Ravel [Morrison] would dribble the ball wherever they were going,” he says. When he was about 6 years old, Marcus featured for a Fletcher Moss Rangers team in a local tournament, which was being held on the same day as the club’s presentation ceremony. “No-one expected us to do well,” David remembers. But the team never showed up in time for the presentations. “I rang their coach, Mark. He said they got through the groups but that they’d be out in the next round and come to the ceremony. After a bit, I rang again. They’d made the quarter finals, then the semis. Each time he told me they thought they’d be knocked out and that they’d be back soon.” Then nothing. David remembers being on stage MC-ing the awards, when suddenly the team, with Marcus in their midst, burst through the door with their trophy: “the room erupted!”

Rashford had been “phenomenal”. According to his David, the watching scouts had reported he could have done with two balls on the pitch, as he ran the show and always wanted the ball. “And then,” smiles David, “he dribbled his ball all the way home.”

It is just one example of the obvious pride he has in the club and the players the team at Fletcher Moss have developed. But despite their passion and successes, times are hard for the south Manchester club.

David explains, “Fletcher Moss Rangers is actually based in quite an affluent area, but only one percent of the kids actually come from here. The rest come from other less privileged parts of Manchester and happen to be school mates of players currently here. One big downside to being based in a relatively affluent area is that it’s difficult to get funding, as any spare local government money goes into the more deprived areas.”

Another financial impact on a grassroots club like Fletcher Moss involves the FIFA Solidarity Mechanism. Under this scheme, compensation can be given to any club involved in the development of any player who moves between international associations, but only for clubs involved after 12 years of age. For clubs like Fletcher Moss Rangers, this means that despite their development pathway success, they would not see a penny as most of their top players are taken by academies at 8 years old. “Look at Ravel Morrison, who moved from England to Italy,” David highlights, “Fletcher Moss got nothing. Any grassroots club would be way better off for those payments. We’re where it starts.”

Fletcher Moss Rangers would be better off indeed. They are currently in the process of trying to secure the building at their site as an asset, to help with their financial situation. Despite this, David remains upbeat, however: “If it does fall into disrepair, we will still run. We will still lease the pitches and maybe look for a different building. We’d still run.” Although, he admits “I’d be upset – we do a lot of maintenance on that place.”

It’s an understandable bone of contention for clubs like this. If their latest star Marcus Rashford were to make an international move, for example, Fletcher Moss would not get any compensation. As David points out though, the grassroots life is about more than the money. “You put your soul into this. Why do you do it – standing about in the pissing rain? There’s no answer, you just do. I’m dreading the day I hang my boots up, as it has been such a massive part of my life. […] Imagine, if we’d have rested after Wes Brown years ago, we wouldn’t have found Marcus.”

To help keep Fletcher Moss Rangers afloat, you can donate to their fundraising page here.

Grassroots football is where all players begin: it’s the heart and soul of player development. Recently, the football world has been lit up by Manchester United’s bright young talent, Marcus Rashford. Jon Hoggard caught up with David Horrocks, Development Officer...

With the help of Pro Soccer Development, Dave Wright examines whether Jamie Vardy is a football anomaly or personification of a problem in elite player development. Unless you’ve been living in total football isolation, away from the world of social media and headline news,...