Daniel Giansiracusa is a former professional AFL player who ran out for the Western Bulldogs 265 times over the course of a 16 year playing career.

Daniel is now an Assistant Coach on the Bulldogs coaching staff and was part of a coaching team and playing roster that broke a 62 year drought at the club, claiming a long awaited AFL Premiership in 2016.

PDP Editor Dave Wright speaks with Daniel on his transition from playing to coaching, the importance of empathy, the power of player ownership, the perils of specialisation plus much, much more. Don’t miss this fantastic interview with a young coach at the forefront of one of the best sports teams in Australia. 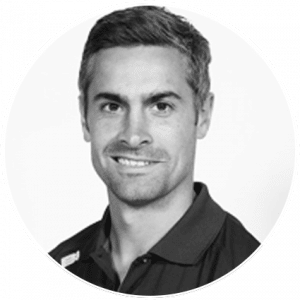 Daniel Giansiracusa Now an Assistant Coach of the 2016 AFL Champions, Western Bulldogs, Daniel Giansiracusa is a former professional AFL player who ran out for the Bulldogs 265 times over the course of a 16 year playing career.
Previous
Next

PDP Video Session Plans are adaptable sessions designed by academy coach, Dave Wright. All sessions show key focus points, set up, and progressions so you can use them in your next practice.

Making mistakes — and learning from them — is essential to developing as a coach. Below, in our guide on soccer coaching for beginners, we discuss ten of the most common mistakes made by new coaches — and how to avoid them. Transplanting Approaches from Other Teams It’s tempting to observe the best professional teams and attempt to replicate their approaches. But we must account for our environment; factors like culture, the players we’re working with, and our collective aims all underpin the most effective…