Adrian Bradbury is the founder and academy director of Football for Good, Uganda’s only full-time residential elite youth football academy and scholarship program. He has over 10 years’ experience in international coaching, education, and community advocacy and development. In this article, Adrian explores the unique obstacles impacting young footballers in East Africa, and explains that we all have ‘outset obstacles’ to overcome in our coaching.

Aubameyang, Mahrez, Mane, Salah and Wanyama are just a few of Africa’s growing list of global household names, rightly considered to be among the planet’s top footballers as well as flag-bearers for their continent.

Add those individual standouts to the fact that there are now eleven African nations in the FIFA top 50, and it’s not surprising that the spotlight now shines brighter when the African Cup of Nations (AFCON) rolls around.

There were definitely more eyeballs on the matches in Gabon in 2017. What they didn’t see however, were goals.

At just over two goals per game, AFCON 2017 was the second-lowest scoring event in the tournament’s history. However, as the academy director of one of East Africa’s only full-time residential youth football academies, that number doesn’t surprise me.

Now, I’m not here to drop a stereotype on a continent, but I have a theory as to why our players struggle to find the back of the net –  because they do.

This lack of scoring ability, and even interest in scoring, shocked us in our early days, considering our youngest players would come to us at 11 or 12 years of age as already some of the most technically gifted players we’ve ever seen. The boys were technically superior but inept at scoring goals.

The two ideas seem at odds, but after years of rural youth events, identification and elite player development, it makes perfect sense that our players are magical on the ball, but prefer to sky a sitter than to curl it past a helpless keeper.

It starts from their very first experiences playing the game, as it does for every wide-eyed kid who dreams of professional stardom. Their first inspiration is to be like his peers. His street mentors.

Good and bad, lets call them ‘outset obstacles’: local biases and unique cultural realities that shape the way we play the world over.

One ball, one mission

In rural East Africa, footballs are hard to come by. Games on rocky, cramped dirt patches often include one ball – even if it’s the tied twine and plastic-bag version. And that one ball is likely to be the center of attention in a ‘match’ that will include 25-plus kids, with an age range from 8 to 18. So, if you are lucky enough to find yourself on the ball, guess what you’re not going to do with it. That’s right – shoot it!

Once in possession, it’s time to enjoy the moment. Keep it on your foot. Take a chance at turning a defender inside out.

Shooting the ball means a small chance at glory, but a very high likelihood that you won’t see that ball again for the rest of the afternoon. And seriously, if that’s your ‘outset obstacle’, would any of us behave any differently?

Those pick-up games also rarely include actual goals and never include goalkeepers. To ‘score’, you’ll need to find your way past a goal-guarding defender, before slipping the ball between a couple of large stones that are no more than a yard apart.

So, if you have the ambition to score, it’s not so much shooting as it is another 1v1 opportunity with the ultimate prize being a goal. Another outset obstacle that has nothing to do with putting a ‘bulge in the auld onion bag’.

And speaking of the twine, even if matches or a local club’s training session is a little more organized, there’s NEVER netting on the goals.

So, shots at the target, even successful ones, need to be chased. Which is not worth the aggravation considering, even if there are coaches and cones, you’re likely still fighting over a solitary football.

Again, it’s the equipment and environment dictating the process and how the game is played.

What gets the people going?

The style of play and the skills that get repeated, in our experience here in East Africa, are often the ones reinforced from the sidelines. And not necessarily from coaches, but from the fans who swarm the pitch with their toes creeping over the touchline.

And what gets the biggest ‘oohs’ and ‘aahs’ during matches here? Clever 1v1 moves? Crafty passes? Clinical goals?

None of the above. So, what gets the crowd going?

Yep, a screamer from 30 yards out with plenty of pace, that’s also 30 yards wide or over the bar. If you can send the ball into orbit, you’re quickly a fan favourite. And there it is, bad football admired, reinforced and applauded, and yes – even from coaches.

So, guess what’s going to happen the next time he’s on the ball?

Hoof it and hope

Last but not least, the style of play and the quality of the pitches here in East Africa also play significant roles. Strength and size is still revered (even at the youngest ages), and with choppy fields at best, 80 percent of matches become more kick-and-chase than the beautiful game.

Speculative long balls mean plenty of heading tennis and clearances that end up in a neighbouring cow pasture.

What that also means is few chances to score and even fewer opportunities in competitive, meaningful matches to get your head over the ball and take a chance on goal.

Add all of these outset obstacles together, then, and it’s not surprising that goals are undervalued, unpracticed and therefore underdeveloped from the very first time our boys touch a ball.

Great, but what does any of this have to do with elite clubs or community programs from the developed world? “That’s not my reality”, you may be saying.

But, every community and every coach has his own outset obstacles to deal with. Do you know what they are, and are you tackling them?

What does your football look like before there’s any organized game or training? What’s valued? Possession? Skills? Scoring? Banging? How do kids ‘play’ when they’re in low numbers? Are they mastering the ball or just firing it into the goal?

I heard a very good academy coach once ask this question of his boys: “Do you truly want to make it as a professional footballer? Then, what are you? Are you a goal scorer, a goal creator or a goal stopper? Pick one and be better than everyone else here at ‘that’.”

We talk to our boys a lot about being ‘special’ and we’ve started to really embrace our outset obstacles to get them there. In our case, there are two streams we’re now paying special attention to as we nurture the pluses and minuses of our outset obstacles – and both are in motion.

First, our boys come to us technically advanced. Their ball manipulation and sense of space is off the charts. We’re embracing that reality in our development model. Our individual player plans reflect what makes them special, building and challenging an already solid foundation. In the years ahead, we’re convinced that the best players who will emerge from our academy will be attacking midfield players. Technically gifted goal creators. Our outset obstacles have handed that to us. That’s how we are lucky.

Second, we also understand that you can’t win games if you don’t score. And there are definitely a handful of hungry finishers in our midst. Their individual development plans reflect a very different reality. It’s about breaking bad habits and building new ones by simplifying scoring verbally, visually, physically and aurally. That’s everything from the feel of the ball and that one touch you can replicate over and over, to the sound the ball makes when it snakes across the twine.

Now, none of this is black and white, and neither is academy football. Player development is grey.

If it isn’t, than why has it changed so much over the past 10 years alone?

What likely hasn’t changed much over the years however, are your outset obstacles.

Have you taken a long hard look at them?

Your outset obstacles could be your advantage, your opportunity.

Simply importing ‘successful’ ideas, sessions and player development agendas from who-knows-where and applying them in your environment might just be holding you and your players back from truly being special.
For more information visit our website or Facebook page 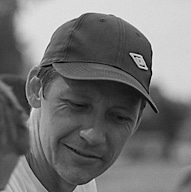 Adrian Bradbury Adrian has over 10 years in experience in international coaching, education, and community development and human rights advocacy in sub-Saharan Africa. In January of 2015, Adrian moved his family to war-recovering northern Uganda to launch Football for Good (FFG), the country’s first full-time residential youth football academy. FFG unlocks the competitive advantages of emerging regions in East Africa to identify and develop youth football talent, deliver world-class education and character-building, and provide new opportunities for the youth and communities it serves.
Previous
Next

Enjoy this inspirational insight from Adrian Bradbury, Founder & Director of Football For Good in Uganda.   With a wide-ranging background in business, basketball and charitable work, Adrian has founded the only full-time player development programme in formerly war-torn Northern Uganda. Thanks to his tireless efforts, the program continues to grow and FFG offers young local players an opportunity to receive quality coaching and education through the FFG program. We speak to Adrian about some of the progress FFG is making, the cultural challenges that…

It’s Never Too Late To Learn

Learning and hunger for knowledge is an essential ingredient to good coaching and personal development. Founder of Football For Good Academy in Uganda, Adrian Bradbury discusses the value in always learning, talent development and the challenges of football in East Africa. Full disclosure, I’m a Canadian (a country sitting uncomfortably in 100th position in the FIFA rankings), who didn’t play high-level football, but instead ‘clutched and grabbed’ my way through a very modest university basketball career. Imagine Rick Carlisle, without the height or ability. So, the irony is not lost…