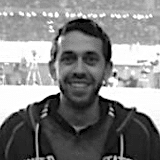 Sam Polak Sam has experience coaching in Morocco and the US. He has also done additional writing on tactics for FourFourTwo and the National Soccer Coaches Association of America as well as some quantitatively-based work for MLSsoccer.com. 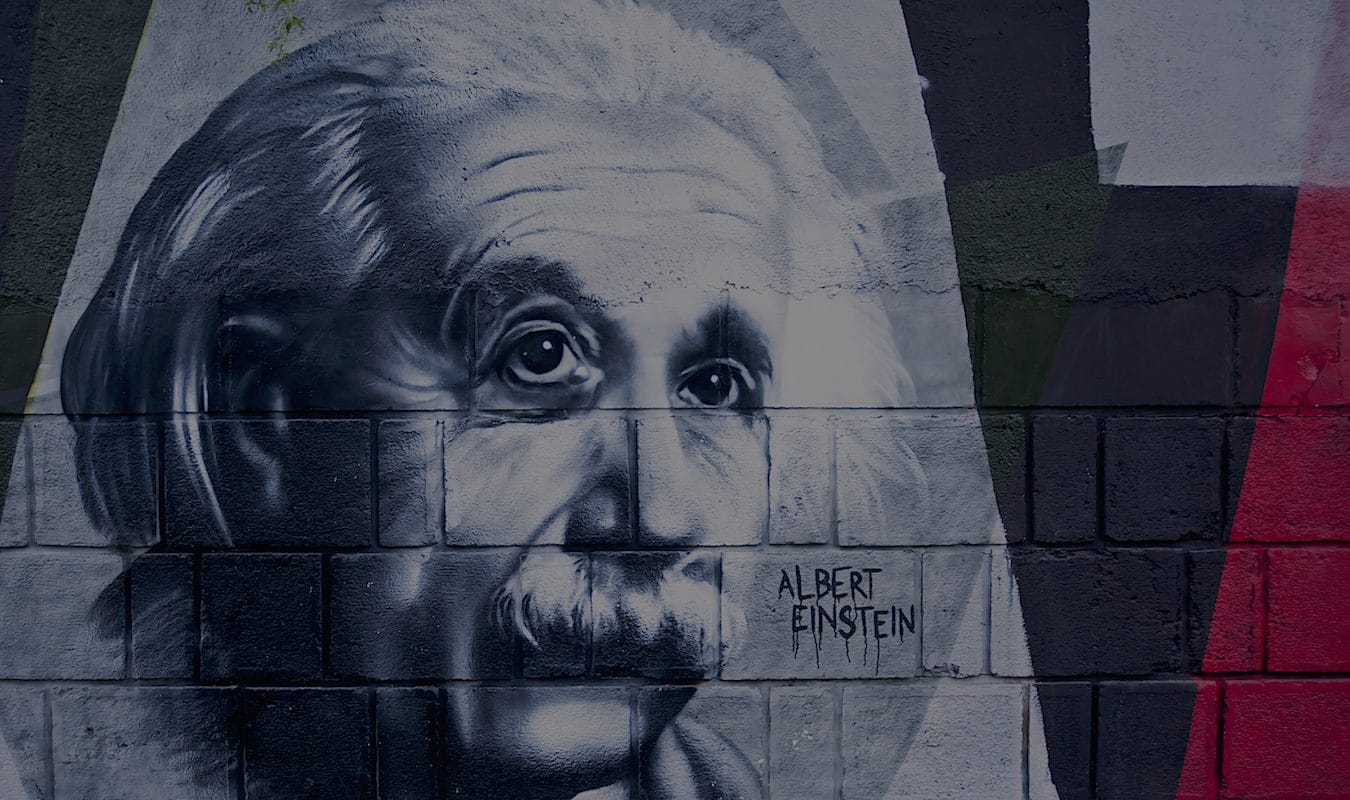 We associate Albert Einstein with physics, but he was also a great teacher. Coach & analyst, Sam Polak discusses what we can learn from Einstein’s approach to learning, creating environments and how we can encourage the development of composed decision-makers.

There isn’t a lot that physicist Neil Degrasse Tyson and former American President, Teddy Roosevelt have in common. However, both individuals understood that they could go further in their field by not limiting their studies to just their chosen discipline.

Teddy Roosevelt read books in multiple languages across several arenas outside politics. Neil Tyson has said that when it comes to science, “the cross pollination of disciplines is fundamental to truly revolutionary advances…”

It’s in this style of thinking that it shouldn’t be hard to imagine the profound Albert Einstein has had many insights that can extend far beyond the splitting of the atom. One example is…

“I never teach my pupils, I only attempt to provide the conditions in which they can learn.”

This quote is an invaluable tool in helping our players and our teams reach their potential.

There is no doubt that we need to have a thorough knowledge of football to coach. Regardless of the depth of our understanding though, we will never be able to force comprehension on our players simply by reiterating talking-points.

We can frame discussions differently or babble until we are out of breath, but we need to create environments that will allow players to more deeply internalise our messages.

Nowhere is this style of teaching more important than when helping players work through ideas that may seem at odds with one another.

As a coach, I find myself wanting to encourage my players to show this type of patience. I want them to have the willingness and bravery to recognise they can afford an extra second to turn an average moment into a potentially game-changing one (especially in the final third where space tends to be closed down even faster).

However, I also often find myself asking players to “move the ball quicker” or “make quicker decisions”.

How should my players reconcile this?

To do a better job of helping my players understand that ideas like these work in conjunction with one another and not in opposition, I believe I need to adopt a more Einstein-like approach.

I need to be conducting training sessions where I am manipulating boundaries, defensive pressure and rules to better create situations for players to draw conclusions about the right times to show patience and the right times to play quicker.

One way to do this might be by adapting an already established exercise to include a 2 v 1 component near the goal. This way the attacking players have an opportunity to figure out whether it would be better to keep the ball with the purpose of shooting, make a quick pass, or to stay composed with the ball and the draw the defender in before playing a pass to a teammate. 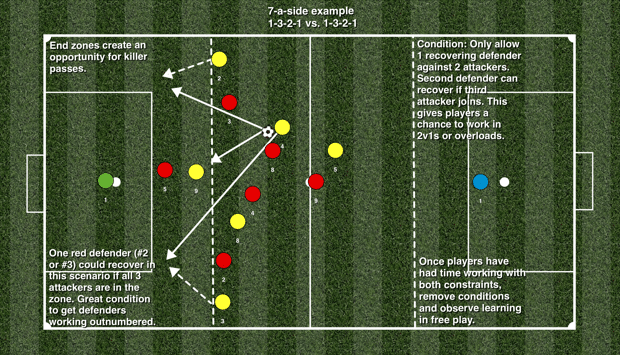 There are all sorts of ways to encourage players to think along these lines. For example, you could use a task constraint where a player must not play a one-touch pass if a defender is a certain distance away. I could reward teams when players are picking their heads up at the right time to evaluate keeping the ball for a bit longer as opposed to needing to play a pass earlier.

Another idea might be to create a space during a small-sided game where only attackers can enter, but they are only allowed to play the ball after they have been in that safe zone for a certain amount of time. 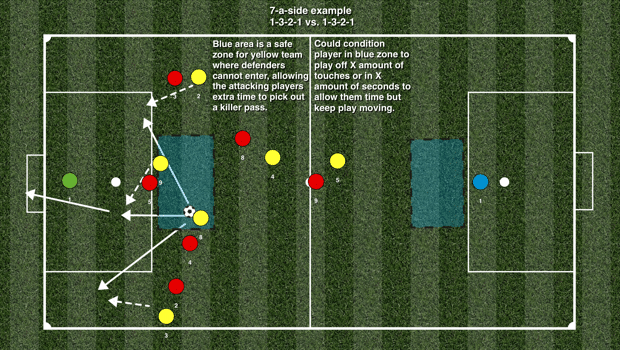 I understand asking players to make decisions around how long to keep the ball can be a challenge. It is a subtle distinction between showing purposeful discipline with the ball and holding onto it for too long. Even further, the constantly changing contexts of a football match can make it that much trickier for players to firmly pinpoint the shifting dynamic of appropriate moments to take that extra split-second.

So not only does creating conditions for players to learn in this manner mirror the consistently changing contexts of a match that players must navigate while carefully managing time on the ball, but there is an even deeper merit to approaching player development in this way.

It is great to have our players study the professionals they most want to model themselves after. There is certainly no harm in taking bits and pieces from other players’ tendencies. At the same time though, players at the professional level did not get there by being carbon copy of someone that came before them. They got there by being the best versions of themselves.

As coaches, we will never be able to directly impose on players what they need in order to develop as the best versions of themselves. In addition to a similar discussion by Mark Upton, we can certainly motivate, provide feedback, or be supportive, but teaching in many ways will box players into the vision we have for them. Creating an environment however for players to learn within will give them room to organically develop what makes their game unique into its highest potential.

It’s in this way that I get the greatest satisfaction as a coach. It is not when a player does something I explained to them during training. Rather, it’s when I see a player develop a strength I might not have envisioned they had or a player solves a situation that I had never explicitly gone through. And ultimately, this is how I look to measure my effectiveness as a coach and how I believe players are best served.

Sam has experience coaching in Morocco and the US. He has also done additional writing on tactics for FourFourTwo and the National Soccer Coaches Association of America as well as some quantitatively-based work for MLSsoccer.com.

10 Mistakes to Avoid as a Beginner Coach

The question this week comes from the John via Facebook: “What are some of the common mistakes when you start coaching?” Additional Resources Ebook: Coaching Fundamentals: Six Steps to Creating Quality Youth Soccer Training Sessions Your Players Will Love. Your...