Coach and researcher, Ben Galloway shares a video about the importance of opposition in session design and of interactions between players in skill acquisition. In his video below, ‘Attuning to Others’, Ben outlines how football interactions emerge as a result of a wide range of environmental influences; most importantly, the presence of other players.

The video above is designed to provoke thought and reflection. Some viewers may disagree with the practice design approach I have discussed, while others may share this view of coaching. So, I ask you take any definitive statements with a grain of salt as the video is designed to challenge coaches.

The question being asked is: “Why remove other players from training environments?” But from an ecological perspective it doesn’t make sense. A key concept investigated in ecological psychology reveals this:

“The fact is worth remembering because it is often neglected that the words ‘animal’ and ‘environment’ make an inseparable pair. (Gibson, 1986).”

What makes this quite tricky to understand is that there is a crossover that occurs, where an animal’s (player’s) environment then becomes the environment of other animals (players) too. This means that an animal (player) can be the perceiver but could also be an object that is affording opportunities.

Gibson amplified the idea when he reminded us that it is important to realise that the state of an animal will change what it affords.

“What the other animal affords is specified by its permanent features and its temporary state.”  (Gibson, 1986)

Permanent features refer to features or attributes that a player has that will not change over the course of a match. Things like a player’s size, preferred playing foot, playing style, or temperament are examples of permanent features.

Temporary states refer to states that players are in at particular moments during a match. A player may be in certain emotional states, such as frustration, excitement, or aggression. More specifically, behavioural states of the direction in which a player is running, the speed at which they are moving, or their position on the field and their proximity to other players.

Obviously, the way we interact with other players is very different to most other objects; but this is the very point. The key to football is the ability to interact with players, but those players are constantly changing.

What we want to happen during practice, in preparation for performance environments, is an increased ability to adapt to situations. This adaptability happens as a product of attunement to opportunities that are afforded in playing environments. If the animal and environment are inseparable, then surely it only makes sense to have players present in practice, just as they are in the game. 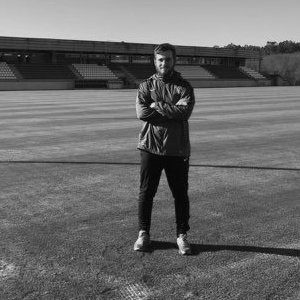 Ben Galloway Ben is an aspiring young football coach based in Brisbane, Australia. Working as a tutor in sport coaching at the Queensland University of Technology, he also runs a Youtube channel, ‘Opposite Direction’ making short educational videos about football coaching. Ben puts a lot of his understanding and knowledge down to the people he has connected with and been influenced by during his coaching journey. Ben credits mentors such as Deportivo La Coruña's Jose Barcala, former professional player, Remo Buess, ecological psychology expert, Dr Ian Renshaw & his first major influencer, David Da Silva. Holding a Bachelor in Exercise Science and Physical Education and furthering his studies with a masters in Ecological Pyschology, Ben is working hard to further understand the development process.
Previous
Next

This practice is designed to provide players with high repetition of 1v1 and even 1v2 dribbling and scoring scenarios. The practice can easily be adapted for a 2v2 and is a great way to engage your players, encourage bravery and confidence, as well as help them work on opposed finishing. Quick Navigation About the Video Additional Information Practice Overview Interpreting the Diagrams Diagrams Objectives Organisation Observations & Interventions About the Video In the video below, Dave will talk you through the structure of the practice,…