In this article, AFC A licensed coach Andrew Oakley shares his perspective on a significant issue in Australian grassroots football. Andrew discusses the risks of trials, recruitment and talent identification, outlining the importance of belonging and cohesion in a young footballers developmental journey.

Why do we keep shuffling the cards in hope of a ‘winning’ hand?

At the end of every season in Australia’s youth football landscape, a ritual is repeated that isn’t doing our clubs or players any favours. The annual circus of retention, recruitment, and trials sees too much footballing potential put back into the mix, reshuffled and dealt back out to clubs. There are lots of possible reasons: a coach recruiting players that caused his team trouble, a parent trying to get maximum return on their considerable investment of fees, an ambitious player looking for a grand final appearance, or the player deemed not good enough looking for a new home. It’s not a new phenomenon but the situation is getting worse rather than better. Professional Footballers Australia’s report Culture Amplifies Talent: Building a Framework for Golden Generations compares the Golden Generation (born 1975-1984) to the current generation of Australian youth national team players concluding that “the current generation chopped and changed clubs more as they progressed” (p.37) For the next generation or those outside the national team setup the difference is shaping up to be even more radical. This is not a uniquely Australian phenomenon but seems to be repeated in other countries like the USA and Canada which operate a similar pay-to-play model.

– Rasmus Ankersen, The Gold Mine Effect: Crack the Secrets of High Performance.

Players are coming into professional and semi-professional clubs from as early as under 9s and from that point onwards the cycle of movement begins, a movement that only accelerates as they move through the age groups.  However, there are exceptions. Some clubs (because of their size or tradition) get first pick of players from a young age and work harder to retain them. Some are regionally based teams where there are few alternatives, and some individual coaches manage to hold their team together for multiple years. Unfortunately, these are not the norm.

Why does all this matter? There are a whole range of ways this attitude is affecting the game in Australia but there are four important elements for youth development, that are hindered by this attitude: knowledge, safety, belonging and resources.

The need for long-term development plans is well accepted but this is seriously hindered by a lack of knowledge about individual players. Sports consultant Ben Darwin believes “decisions with the short-term in mind will impact long after in ways not envisaged” (Ben Lyttleton, Edge: Leadership Secrets from Football’s Top Thinkers, p.39).

To really maximise talent, clubs need to be looking beyond what a player can do now or even what they hope he or she will be able do at the business end of the season. The coach should be looking at how to get a player to the next level and the level after that and so on until the step up to professional football. What incentive is there to do that if the odds of the player being there long-term are low? It’s concerning how much knowledge about a player is lost each time they move club. Each new coach needs to restart the process of building up an understanding of not only playing ability but personality, family situation, training history, injury concerns, and where each player is on the development journey.

For players to reach their potential, learning must take place and that involves mistakes. A healthy attitude to failure, seeing it as an opportunity rather than something that defines you, is crucial for a growth mindset (Carol Dweck, Mindset). A short-term approach to development that focuses on a single season, removes the psychological safety needed to take risks and handle mistakes and can impede learning. Players who know that their performance each weekend affects whether they are retained are less likely to take risks, less likely to try things they know will be challenging, and less likely to share ideas that disagree with the coach or the dominant group in the team. To develop the next generation of superstar players we want to challenge our young players, but that challenge should come through the training and game schedule not through worrying about retention letters or through constantly adjusting to the culture of a new youth team.

Constant youth player movement negatively affects players’ sense of identity, belonging and motivation. As Ben Darwin discovered cohesion is key and stability enhances belonging (Ben Lyttleton, Edge: Leadership Secrets from Football’s Top Thinkers, p.15). When moving clubs becomes a normal part of development then parents are less likely to look for the club most likely to help the child succeed than they are to want to collect the status symbols of successfully getting through trials.

We have young boys and girls with a drawer full of training gear from all the “big” clubs in their city but who lack willingness to push through the hard things, to fight back from being moved to the bench, to work with team mates or to simply get better year on year until they achieve their goals. As coaches we complain about the players who trialled like a “house-on-fire” but now look pedestrian at training, but we’ve built a system that has taught players this behaviour. When players are driven by status, whether it is the reputation of the club or the way they will be treated, when they are chasing logos or preferential treatment, they stop looking for an environment that will push them to succeed over the long term. They lose the opportunity for the kind of deep practice that allows them to operate at the edge of their ability, to leverage their mistakes and failures (Daniel Coyle, Talent Code: Greatness isn’t born it’s grown).

One of the key justifications for the current system is a lack of resources. Clubs can’t afford to keep as wide a pool of players as is really needed long term. There is a need to be really strategic with the finite resources available. Yet clubs seem willing to waste those resources trialling and reselecting players. How many hours are spent yearly running trials? Football seasons in Australia are short and ground availability is often a problem, yet clubs can spend a month looking at players to decide whether they should sign them while their already signed players mess around on the sidelines or play at 50% because they know it doesn’t matter. How much potential development time is wasted by players moving from trial to trial? How much work goes into registering and numbering trialists, hiring grounds, contacting parents? Then think about the time spent orientating new players each year, engaging in team building, re-establishing team norms and behaviours. How much time is spent forming teams when those teams could be performing, or at least storming in ways that are useful for development?

There are good reasons for some players to move clubs or for clubs to create space for new players: people move; sampling players may decide to focus on other activities; late-developers need opportunities to be seen and get into competitive environments; or professional clubs may offer opportunities the current club can’t. I’m not suggesting that clubs become closed shops, but we need to rethink the attitude. I’ve spent time at too many clubs where the retention letter, an indication that a club will offer a player a spot for next season, is given to less than a third of current players. The rest are left hoping no-one better turns up at trials or leaving to find somewhere where they are more valued.

Julio Velasco poses this question: “Perhaps we coaches prioritise talent because we don’t want to have to work too hard?” (Martí Perarnau, Pep Guardiola: The Evolution) This is a cultural issue and culture change is hard. It’s going to take a re-evaluation by coaches, clubs, parents and players and even then all stakeholders will have to be patient to see the full benefits. We can spend all the time we like changing the league structures around the youth space but as long as players are signed and released for single years with no long-term expectations on either the club or players then the changes will have little impact.

As coaches or club administrators, what’s the alternative?

It’s time to stop treating players like we’re discarding cards in a game hoping the next card we turn over will be the winning ace. 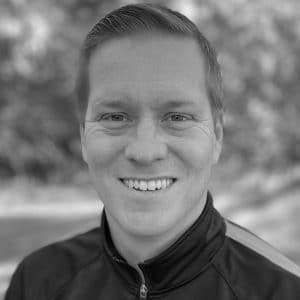 Andrew Oakley Andrew Oakley holds an AFC A Licence and Master of Sports Coaching from the University of Queensland. He has been a coach and coach educator in Australia, India and South-East Asia since 2003 and currently works as a Youth Technical Director in Sydney.
Previous
Next