In this article, UEFA A licensed coach David Garcia shares his thoughts on the benefits of chaos and failure within coaching environments.

Indeed, practice is controlled failure. It should be a realistic preparation of the game. It’s preparation where your players will fail, but will learn how to grow from that failure. And hopefully after countless repetitions, they will feel so comfortable with the complexity required of them that eventually they will find the stillness in their mind to succeed in each situation.

That’s our job as coaches; embrace the complex nature of the game and deliver said intricacies during training in a realistic and meaningful way. Oscar Cano describes this process with the following words, “when training, coaches must recognize the inherent complexity of the game as a means to adapt to the necessary context.”

How do we begin to do this?

2018 has brought some professional changes in my life, one of which is working closely with TOVO Academy in Barcelona. Within this role, I have the pleasure of learning from some of the finest minds in youth development. This past week, Mark Onderwater, a performance analyst at the Feyernoord Youth Academy, and I were discussing training methodology when we stumbled upon this topic.

Mark, who works closely with the youth coaches at Feyernoord Youth Academy in Rotterdam, explained that he and his colleagues base their training sessions on the idea of “training at edge of chaos.” At this point, I had to stop Mark and jot down this insightful quote. “We train at the edge of chaos.” Poetic, simple, and wise.

He elaborated that in order to create the adaptation necessary to develop their players physically and cognitively, they strive to create an environment which pushes the limits of the players. They understand that there is a very fine line between a session which is boring and one which is mad; one which is underwhelming and one which is overwhelming. It’s the difference between uninteresting and senseless. It’s an intricacy which requires the most delicate and purposeful planning to achieve it. Additionally, we must appreciate that with the correct training approach this fine line will gradually increase over time allowing us to increase the complexity of our training environment.

In my opinion, training sessions are more than likely to end up on the boredom side of the line. You see this more frequently because it’s easier to get away with and to accomplish. We’ve all been there; you’re running late, you’re unmotivated, you’re swamped at work, or all of the above and you simply haven’t had time to create a dynamic session. Maybe the session involves putting a few cones down and having the players pass to one another by simply obeying a pattern or just following their pass. This lacks any decision making on the player’s part. It can be any exercise which calls for mindless running, passing, moving etc. Basically, if the coach is telling the player where to move you can be almost certain the exercise will be boring for the player.

On the other side of the balance we find exercises which are too demanding for the players technically, tactically, or physically. We typically see this less frequently, however it’s just as detrimental to the development of the player. We’ve all seen the result of a highly complicated exercise being implemented with a team not capable to handle it. The outcome is utter chaos. As with overly simple exercises, players will find chaotic games demotivating because they will become frustrated. Just imagine teaching a child how to swim by dropping them out of a plane into the ocean.

When we learn how to swim, we start at the local swimming pool, with the correct supervision. First we become comfortable being in the water, and slowly we progress through different difficulties facilitated by the teacher or certain equipment with the ultimate goal of swimming alone across the length of the pool. If we apply this same idea of training at the edge of chaos to this swimming example, when we first begin swimming it may seem chaotic to swim at the deep end without any supervision. As we improve our swimming abilities, what we find chaotic in a pool will change as we become stronger swimmers.

This is the principle of adaptation. We push ourselves just beyond our abilities long enough that our amazing organism adapts to what we are putting our body through. We do this long enough to attain the necessary skills to perform the task at hand. When the adaptation is complete, we call this growth or development.

Yes, in theory this is incredibly simple but if you ask Mark and his colleagues how many times they have failed to create the perfect environment the answer will surely be countless. And that is the beauty of training. We gain experience from trial and error. When we start coaching we don’t know where chaos is. We have no idea how big to make the space for our 4v4+3, or how many neutral players to incorporate into the possession exercise, but along the way we learn.

We, just like the players adapt, we learn, we grow. We become better coaches the more sessions that we design. However, let’s take some advice from Will Smith; push yourself just beyond your limits. Don’t just find a training session online without thinking about your players’ capabilities. Discover and understand where your team’s chaos is and create the perfect exercise which will balance on that fine line. Train just at the edge of chaos. Doing so, we all adapt and become better versions of ourselves.

“In the midst of movement and chaos, keep stillness inside of you.” Deepak Chopra 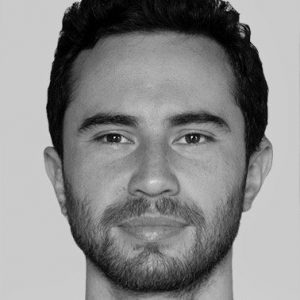