What does it take to be a champion? Founder of Changing the Game Project, John O’Sullivan shares his article on the work ethic and mindset of arguably the NBA’s most effective player & relentless worker, Steph Curry.

All-American. World-champion. Greatest shooter on the planet. Most Valuable Player…twice. Yes, I am talking about Steph Curry, the all-world guard for the Golden State Warriors. These are the things we all say about him – we all know about him – when the lights are shining brightly. What about the when no one is watching?

A few years back, before most of us heard about Steph Curry, he was invited to the Kobe Bryant Nike Skills Camp, a collection of the top twenty high school and top ten college guards in the country. As camp coach and friend Alan Stein tells it in the video below, even though he was the least well-known player in attendance, there was something special about Steph Curry. Despite the fact that they practiced twice a day, every time Alan showed up to training there was Steph Curry. He was pouring sweat, He was draining shots. If he didn’t get it right, he did it again. He was working his tail off before the other attendees had even laced up their shoes.

Curry continued to work throughout each session, seeking perfect form, perfecting footwork, and again, if he didn’t get it right, he did it repeatedly until he did. He didn’t wait for a coach to tell him; he just did it. As everyone else called it an afternoon and headed to eat, Curry stayed on the court. He would not leave until he swished 5 straight free throws. Swished them! Only then was it time to go home. As Stein concludes in the video:

“Success is not an accident. Success is a choice, and Stephen Curry is the best shooter on the planet because he has made the choice to create great habits. And the question every athlete has to ask themselves is this: Are the habits you have today on par with the dreams you have for tomorrow?”

Becoming a champion is not something you become when you win an award. It is not that medal around your neck or the plaque on your mantel. Becoming a champion is a way of being. It is a journey. It is a choice, as Dr. Jerry Lynch says in his coaching bible The Way of the Champion. “It starts now by acting as a champion…committing yourself to the habits and ways of a champion, and choosing to engage in a lifestyle that demonstrates such qualities and characteristics on a consistent, daily basis.”

Many people want to be champions. I have coached quite a few of them. They want to win the big game, a league title, or perhaps even a national championship. They want to represent their state, province, perhaps even their country. They are filled with wants and they say all the right words at all the right times. But wanting does not make one a champion; action does Great achievements comes from excellent habits. Greatness is a lifestyle, not a hobby.

Over the years, I have coached, mentored, met, studied and learned from champions in sport, business and life. My travels take me all over the world, and my passion to meet and study the best of the best is far from being quenched. Here is what these athletes, coaches, and incredible men and women have taught me, which I hope you will use to inspire your own athletes:

The satisfaction of knowing that you did your best, that you spent yourself in a worthy cause, leaving you with no regrets, and fully aware that becoming extraordinary is a choice that you have made.

That is the way of the champion. Now get to work.

If you are interested in learning how to instil this type of culture in your program, Dr. Jerry Lynch, John O’Sullivan and the Changing the Game Project team will be conducting our second ever Way of Champions Transformational Coaching Conference June 2-4 at The Hun School in Princeton, NJ.

Registration opens March 1, click here for more info. or watch the video below. Email us at John@ChangingTheGameProject.com to learn about staff discounts for multiple coaches.) 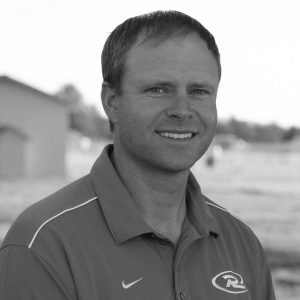 Every Moment Matters: You Coach a Person, Not a Sport