They say every great side has a spine This season’s Premier League winners Leicester City’s performances over the past 12 months have been a revelation and key to those performances have been the men through the middle of this now legendary team.

Bottom of the Premier League at Christmas 2014, their feat in escaping relegation was nothing short of miraculous. Come August 2015, they picked up where they left off and the rest is now history, winning the Premier League ahead of a chasing Tottenham Hotspur side and doing it with two games in hand.

They have every neutral football supporter routing for them, Leicester City owe a huge debt to Nigel Pearson their former manager. The core personnel are fundamentally his team, but one that current manager Claudio Ranieri has guided astutely to the top of the League.

Whilst the pundits continue to extol the virtues of the lightening quick, Jamie Vardy up front and the mesmeric dribbling of PFA Player of the Year, Riyad Mahrez, Leicester like all good sides exhibit a strong spine from back to front. From their excellent goalkeeper Kasper Schmeichel, to one of the buys of the season Frenchman N’Golo Kante in midfield, an unfussy tackler and quick passer of the ball in a style that draws comparisons with Claude Makelele. However, the contribution of one Wesley Nathan Morgan, club captain and central stopper cannot go unheralded.

Morgan is a journeyman footballer. Born in the Meadows, a district of Nottingham a short walk from Forest’s City Ground, where narrow terraced streets, built for railway and factory workers in the 19th century, were demolished in the 1970s to make way for an ill-conceived redevelopment that merely incubated social problems and produced a unique type of schoolyard football.

Former Notts County youth player & PDP Lead Researcher, James Vaughan remembers playing in the area. James explains, “I remember playing football with the year above at school in Clifton, which wasn’t as rough as the meadows. If you dribbled with the ball you were going to get hammered, unless you were the hardest player playing (or one of the toughest), or your mate was ‘well hard’. This is why I got good at playing one touch and hitting the ball first time, if I didn’t I’d get smashed. Those were some real socio-cultural constraints. I remember tackling the hard kid one day and just getting smacked.”

This area of Nottingham was the hotbed for local footballing talent. A near neighbour and school mate of Jermaine Pennant, (ex-Arsenal and Liverpool) and close friend of Leon Best (ex-Newcastle) from their times in Notts County youth teams, Morgan was rejected by Notts County Centre of Excellence at age 15.

James continues, “Looking back on it now the Notts County Centre of Excellence program was pretty redundant. I arrived at 11 and was released at 15. Only one other player survived the seasonal culls. Every year a new coach would come in and stamp his mark on the team by getting rid of half the players and bringing his new players in. It wasn’t coaching it was scouting – athough there are always outliers and we did have one excellent coach called Phil – I will always remember him. In my case, the centre of excellence didn’t nurture talent it crushed it. Wes probably picked up more playing in the streets against Jermaine than he did in academies back then.”

Ready to give up the game, Wes was picked up by Nottingham Forest’s academy as an overweight but willing 17-year-old, after some stellar performances in the youth team in August 2003 he was given his league debut alongside the incomparable Des Walker, (Sampdoria and England) who had returned for a brief Indian summer by the Trent.

The fans’ first impression was of a big, burly 19-year-old who lacked pace, manoeuvrability and finesse. Whilst Walker glided alongside opponents with effortless speed before silently picking their pockets, Morgan defended with rumbling lunges and spread eagled blocks that, in his early years, frequently lacked the benefit of accurate timing.

Gradually the fans took him to their hearts, and when they sang “You’ll never beat Wes Morgan” they were recognising, with affectionate irony his combination of an absolute commitment to the cause and a seemingly enduring technical vulnerability.

Life hasn’t been easy for Wes Morgan, on the rare occasions when fortune and glory have been within his grasp they seemed to have slipped through his fingers. A calamitous back pass in a play off in 2007 against Yeovil resulted in the momentum of the game swinging toward the opposition. There have been chastening Cup defeats to lower tier teams, and further ignominy in the 2010 play-off final that presented Blackpool will a short lived Premier League status. However they say you have to lose to know how to win, and in that sense Wes Morgan has certainly served his apprenticeship.

Morgan went on to make 335 appearances for Forest in the second and third tier of English Football.

After 10 years serving his home town team Morgan moved to Leicester City in 2012, Nigel Pearson perhaps recognising attributes in the big defender that reminded him of himself as a player.

Moving to the local rivals is never easy but such is the affection in which Forest fans held Wes Morgan, there was no animosity. On his return as an opposition player the home fans serenaded him, picked up their chant, ‘‘you’ll never beat Wes Morgan’’. He is embedded in the hearts of Forest fans because they know that effort never dies and whatever the outcome in the Championship race Morgan will it seems be in a unique position. He is a professional footballer held in equally high regard by local rivals.

Wes Morgan embodies the miracle that is Leicester City. It is an unbelievable triumph for this journeyman footballer who has beaten the odds and lifted the Premiership trophy. More so, what is really outstanding is that everyone in the East Midlands is proud of their boy, Wes. 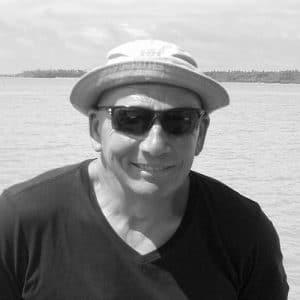 The physical elements of youth development are complicated by growth, maturation and a number of variables. In this PDP Webinar replay, Dan Wright hosts Nottingham Forest FC Coaches, Tom Mallinson and Lewis Bramley for an in depth discussion on integrating conditioning and managing load with youth players. Tom is a Professional Development Phase coach working primarily with the U18 players. Lewis is the Lead U9-16 Strength & Conditioning Coach for the Academy. Dan hosts a discussion that dives into a number of issues that challenge…

Steven Reid could be described as something of a journeyman in English football. However, with a career that now spans 17 years at the top level, 23 full international caps for the Republic of Ireland including the 2002 World Cup, Steven’s achievements are significant. With well over 200 appearances at English Premier League level, Steven is an example of a different generation of professional footballer. He came through the English system at a time when things were perhaps simpler, less professional and more about playing football…