PDP Contributor, TEDx Speaker & Founder of Raising Excellence, Reed Maltbie delivers 10 practical steps on coach communication in the age of millennials who have grown up on social media.

“One could change the world with 140 Characters”.

February 8th, 2007 at approximately 6:57PM PST, Jack Dorsey “tweeted” this now famous line.  At the time, Twitter was still in its nascent stages as a company. These words changed Twitter forever.

Even in 2007 they wielded a powerful effect on the company and its small group of rabid followers, most of whom were still geographically centred around the West Coast.  Today we can see the undeniably profound impact those words have had on a more global scale.

The 140-character limit has changed the world.  News outlets, celebrities, heads of state, corporations, dignitaries, and even the regular Joe like you and I adhere to this 140-character limit, and tell our stories through it. We communicate more rapidly, more effectively, and sometimes more meaningfully through the 140-character medium of Twitter.

Moments in history, with global reach, have unfolded on Twitter. Stories of massive impact have been told on Twitter. Games, shows, programs, and events are all shared on Twitter.  Every single one of them encompassed in 140 character messages.  The world has been condensed into 140 characters with tremendous efficiency. Twitter is one of the most compelling communications products of our lifetime.

In 2007, Jack was addressing the need for change in his company.  The service was borne out of the idea that people could send a text to a random number and have it broadcast to a group of friends who “followed” them.  If Jack Dorsey wanted to tell all his buddies that the club he was at on Mission Street was “happening”, he simply needed to text one 5-digit number and they would all receive his message.

The short code system used by phone text messages, SMS, was limited to 160 characters.  Anything over that number was split across multiple messages and this presented a problem.  The coders were struggling with technical issues that arose with the large character sets.  Minor headaches that could be fixed.

Users were frustrated by receiving multiple messages strung together in succession.  Again, fixable.

Phone bills were racking up as multiple texts incurred multiple charges.  All these were wholly fixable, but more importantly, Jack and his team asked the question that mattered most.  It had nothing to do with technical parameters, message counts, or skyrocketing phone bills.  It had a more meaningful mission.

“Why can’t we say what is most important in less characters?”

So Jack mused that one could change the world in 140 characters.  He wanted to change his company’s operating parameters. He changed the world.

Coders limited tweets to that number (140 allowed for 20 extra characters to include the user name). The world caught fire and the way we communicate has forever been changed.  The gauntlet had been thrown for us to prove we could convey meaning, provide detailed information, and share our most important stories in a concise and clear manner.

Jack was prophetically, unequivocally right.  The world did change.  We have had hostage situations thwarted in 140 character messages.  We told the story of US Airways Flight 1549 landing on the Hudson through the 140-character limit. We even announced the elimination of a terrorist threat, on a covert mission nonetheless, via Twitter.   Twitter has taught us to tell our story in the most condensed and effective manner possible, and the world has embraced this concept.

140 characters allows us to take up very little space on a person’s screen and in their already crowded mind. It allows us to say what we need to say and get on with life.  It certainly allows us to remember important information more easily (and the unimportant things too…I have seen way too many people’s pictures of food over the years and heard too many times when they were “going to the bathroom now”).

Those 140 characters, and Jack’s prophetic words, also provide coaches and educators with a unique opportunity to grow their craft.  If 140 characters was enough to thwart a hostage situation or tell the heroic story of a pilot landing a 747 on the Hudson River, surely 140 characters is more than enough for coaches to instruct their players on what matters most.

Coaches face the constant, uphill battle of trying to buy valuable headspace with their players.  What we teach is in continual competition with school, social media, TV, video games, and more.  Children are inundated with messages today more than ever before and the attention needed and retention required to learn and assimilate what we teach is in constant flux.  We also run the danger of boring them if we talk too much.

Today’s athletes think in 140 character spurts.  It is their language.  They don’t even use the phone like it was used in the “olden days”! If you want to talk to a millennial, text him.  He won’t answer his phone.  He will text you in brief, to-the-point messages.

Smart coaches have figured out that if they can say what they mean in less time and words, they have a better chance at being heard and understood.  If they want players to learn and apply the important technical and tactical principles of the game, they need to speak the language of the players.

I challenge you to become a Twitter coach for a few games and test the results.  Learn to compress what you need to say in as few characters as you can, make it powerful and memorable, and then get out of the way and let them play.

This type of communication is most effective in game situations, when time is of the essence.  They have little time to listen and even less to make the adjustments you seek.

As on Twitter, where you become more deliberate about what you say, so too in games, you must be concise and clear.  It really is not vital to tell the world about every mundane detail of your day via Twitter.  It is also not vital that you speak every moment of every game about every mundane detail.  Find out what matters to the overall welfare of the team and the game and speak only about that. Do so in 140 characters too.

Here are some hints for Twitter coaching in games:

Keep in mind the beauty of Twitter is being able to tell a story in 140 characters.  If you can master the art of coaching games in “Tweet mode”, you will create better communication protocol with your players.  They will listen more because they know what you say is meaningful and required.  They will remember it more easily because it was concise and on point.  They will want to apply it more regularly because you delivered it in their language. 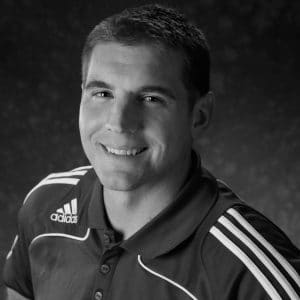