US based Coach, Gary Curneen takes us through 9 key factors in successfully coaching the modern player in order to maximise their potential.

Ask any coach today what their toughest coaching challenge is and they will most likely not respond with questions about false nines or gegenpressing. Instead they will probably tell you that working with, engaging, and attempting to get the best out of today’s generation is the biggest challenge in the coaching game. Armed with more tactical, training, and sports science information than ever before, coaching should be getting easier – but it’s seemingly becoming increasingly more difficult. These are some of the reasons why we have put together these soccer coaching courses.

Messages that we are sending are getting lost or misinterpreted, and player-coach conflicts are growing at an alarming rate. At the professional level it is called ‘player power’ or ‘losing the dressing room’, but the reality is that it’s a challenge which coaches at all levels are facing. Too many programs today have become a psychological battlefield with the traditional authoritative approach from the coach pushing the players away from excellence instead of pulling them towards it.

But upon closer inspection, we shouldn’t be surprised about the current climate. Today’s players have grown up in a world that is fundamentally different from the one that we experienced as kids. We cannot expect them to play in the streets all day until it gets dark for the simple fact that today’s streets are not safe. The costs of higher education are rising and have added more pressure on young people than ever before. Coaches complain about knowing the value of hard work but fewer teenagers today hold part time or summer jobs, because neither can get you a scholarship to school. Wall Street Journal columnist Jeffrey Zaslow has covered trends in the workplace and believes that sport is not the only place that has seen a shift. “When we were younger, you had a piano teacher who expected you to practice your piano and work hard at it, and the parents expected it. And now, the parents say, ‘Have fun, learn the piano, practice a little bit.’ So, there’s not the expectations that they will achieve and work hard,” Zaslow says. “It’s not the same work ethic.” You can see why so many coaches have a difference of opinion with their players about what work rate is and how important it is if you want to be successful.

Although it may be challenging, successful coaching today is not impossible unless we refuse to understand this generation. This is where coaches must work harder and smarter, understanding the four principles of player development can help coaches along this journey. It is no longer acceptable to hold up our hands, complain, and make continued references to “back in my day…” or “when I was their age…” The goalposts have moved and we must now adapt as quick as possible. Jose Mourinho once said, “Psychological models must come before tactical models.” In other words, you are wasting your time with training sessions and tactical presentations if you cannot relate, connect, and communicate with your players.

Let’s look closer at the modern player and see what personality traits they share:

HIGHLY CONFIDENT:
The player you are working with today may question your exercises or decisions and may not mean any disrespect. They will question your methods and look to see why they should be doing anything. This is a huge threat to insecure coaches who will chose not to work with talented players because they misdiagnose them as having ‘bad attitudes’.

TECHNOLOGICALLY SAVVY:
Bite sized text/audio/video will go further with the modern player. Twitter, Facebook, and Instagram have molded how they receive information and more importantly, how quickly they wish to interpret it. Summer workout booklets and rules manuals are redundant today as players will not take the time to sit down and read them. The challenge for coaches is how to integrate this into their coaching.

INDEPENDENT THINKERS:
The days of motivating a squad of players in the same way are well and truly gone. Groupthink has become a lot more challenging for a coach as players need a much more individualized approach to motivation and every aspect of their work. It is harder to sell the team ethos to all players if some are not as involved as they would like to be.

LOVE AND VARIETY IN ENVIRONMENT:
Practice boredom is a common practice performance block that coaches have to deal with. It has now become a coach’s responsibility to stimulate players’ minds rather than simply requesting focus and concentration. Manchester United players made the news at the start of the season as they grew tired of Louis van Gaal’s love of constant repetition throughout the week.

EXPECT FAST RESULTS:
Players today reflect society’s fascination with the ‘quick fix’. If they are working hard, they want to be commended for it, and above all, see results. The patience levels of the modern player may not match those of the coach who now has to adapt before the player gets disillusioned with work on the practice field.

Although there are a number of changes, the good news for coaches lies in the potential that this generation is capable of. Bruce Tulgan, consultant and author of It’s Okay to Manage Your Boss, believes that they are poised to unleash higher levels of success than we have ever seen. “They will be the most high maintenance workforce in the history of the world, but they may also be the most high performing.” We are witnessing the same high performance trends on the pitch with players like Ronaldo and Messi, who are reaching incredible goal outputs that would previously have been laughed at. At the same time, young players are becoming more athletic and technically proficient than previous generations. There is no doubt that the talent and ability is there in today’s player. The challenge now becomes how to extract it, maximize it, and then harness it towards the direction of team success. Without a doubt, it is better to directly address the needs and understand the characteristics of today’s players than to pretend they don’t exist. Our coaching philosophy must now include the following:

CONSTANT FEEDBACK:
We must have more individual meetings with players and have a dialogue on progress, not a monologue from the coach. Today’s elite player will not accept generalizations like “you are doing well” and “keep going”. They want constant, specific feedback and the coach must initiate it.

INDIVIDUALIZED PROGRAM:
Today’s player will not improve on command or without specific instructions. They want to improve, get better, and crave a training structure that will accommodate that. Coaches must now provide position-specific training to their program that will allow players to see connections in game situations and understand tactical instructions clearer and quicker.

ENJOYMENT:
Coaches must create an environment where players want to come to practice every day and work hard for the team. All sessions must include the ball along with an enthusiastic, upbeat approach from the coaching staff that will inspire the players when their own energy levels begin to drop.

MEANINGFUL RELATIONSHIPS:
Teams should consider adapting a more flat organizational structure instead of a traditional hierarchical model, so there are fewer lines of management that can create barriers in the program. This will enable quick and effective communication between coaching staff, which will allow strong relationships to build and sustain.

If the challenge for coaches ten years ago was communication, the challenge today is how and what we communicate to our players. Yelling and screaming are no longer effective methods and fear no longer governs locker rooms. Adaptation is therefore a necessity for coaches today. We must not only adapt to the changes in the game, but also the people playing the game. And we must look at them as people first, and players second.

Most importantly, you cannot maximize the work you do as a coach without having a strong relationship with the player and staff. Understanding these 9 key factors to successfully coach your players means, that bond will enable you to see why they have to be coached the way they do. It will also result in players committing themselves to much more than a solitary training session. Once a player comes on-board with the personality of you and your staff, their work-rate will become guaranteed every day and more importantly, you will have a better chance of influencing their lifestyle too. The secret to success therefore lies in the quality of work off the field before the coach can even begin to work and develop their team on it.

Do you want to enhance your soccer coaching skills?

Our online soccer coaching courses are designed and taught by some of the world’s best youth coaches and coach educators. Our team will guide you, step-by-step through real coaching scenarios, whether you’re a seasoned coach or you’re brand new to the game. Choose which course is best for you! 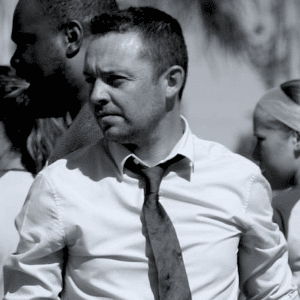 Gary Curneen Gary Curneen is the Asst Coach at Chicago Red Stars. Prior to this, Gary was Head Women's Soccer Coach at California State University Bakersfield. Originally from Omagh, Northern Ireland, Gary holds a UEFA 'A' License from the Irish FA and a "Premier Diploma" from the NSCAA. He is the author of 'The Modern Soccer Coach 2014' and 'Modern Soccer Coach: Position-Specific Training'. You can see more of his work on his website www.garycurneen.com.
Previous
Next