Dr. Martin J. Turner Dr. Martin Turner is Senior Lecturer in Sport and Exercise Psychology at Staffordshire University, and a BPS Chartered and HCPC registered Sport and Exercise Psychologist. His research and consultancy expertise is within performance and well being within adverse situations. Specifically, he investigates how individuals can better cope with adversity with the use of biofeedback and Rational Emotive Behaviour Therapy (REBT). Martin set up www.thesmarterthinkingproject.com, a public-facing website for blogs and scientific thinking in performance psychology, specifically regarding the application of REBT 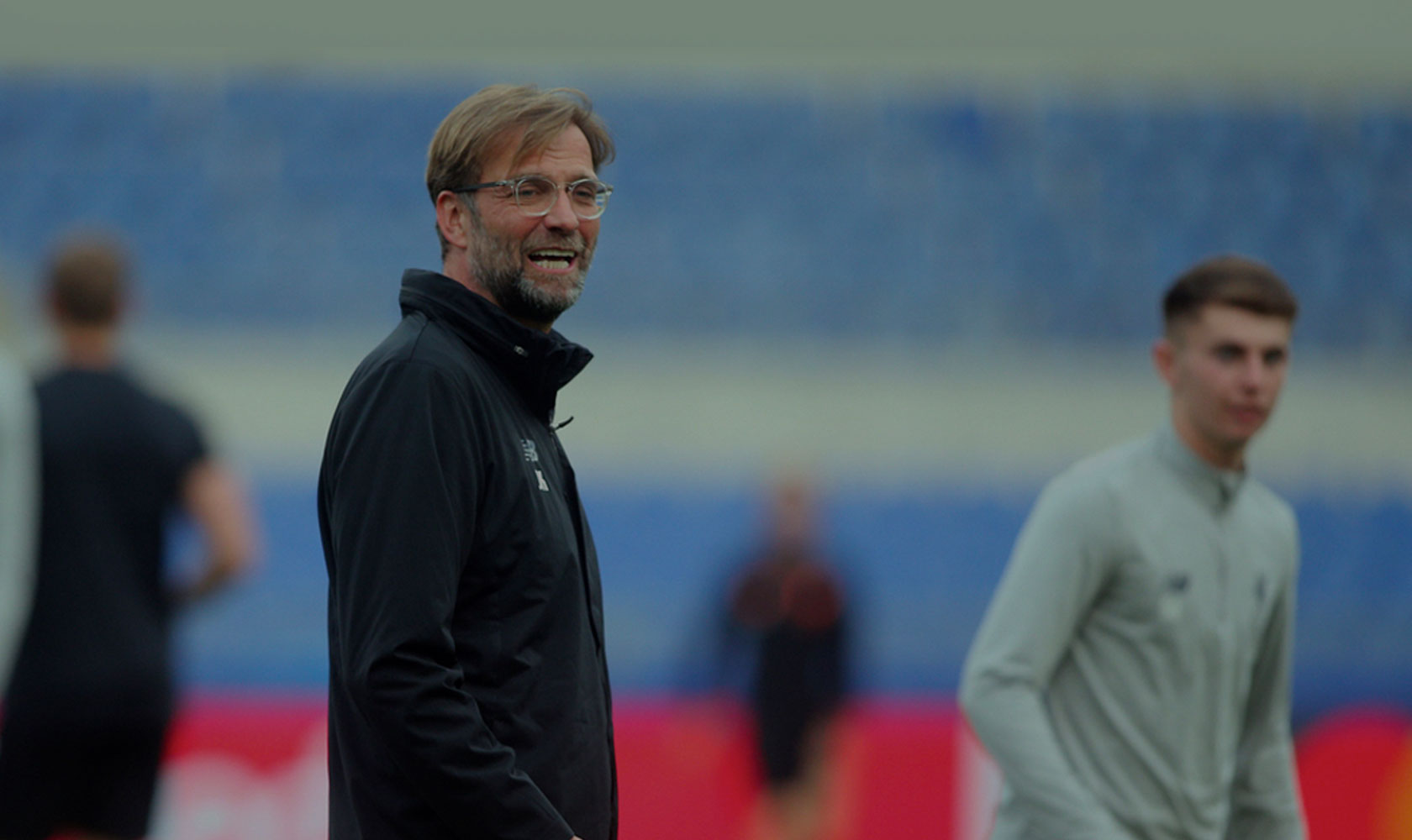 Pressure is part of sport. So how can coaches help players embrace or reduce this significant psychological factor to enhance creativity and freedom when performing? Psychologist and Lecturer at Staffordshire University, Dr. Martin J. Turner shares examples and research in this area.

Prior to the 2018 World Cup, Jurgen Klopp, the coach of Liverpool FC, suggested that the media could help the England’s men’s football team by reducing the pressure “a notch or two”. He told journalists to “maybe take the numbers 1966 [when England last won the trophy] off your computer keyboards for the summer and let this team write their own history and memories”.

Klopp is on to something here. Research conducted by the BBC found that the English media is more negative than that of other countries, with 9% of articles deemed critical of particular players, or England’s chances at the World Cup.

But reducing pressure a notch or two is easier said than done. Football is rife with pressure filled language. It seems as though every other day there are headlines about “must win” games and “terrible” performances that leave managers and players “devastated”. But this kind of language is nonsense.

There is no such thing as a must win game. Ex-England manager Roy Hodgson once said:

One of the phrases I hate is, ‘This is a must win game’. So, if the opposition are winning 2-0 and there are 10 minutes to go, does it mean I’ve got to get a machine gun out and shoot them?

When you really think about it, there are very few “musts” in life. People must breathe air, eat, hydrate and sleep. Words like “terrible” and “devastation” should have no place in sport. They are words more at home in war zones and amid natural disasters.

On the subject of natural disasters, Rory McIlroy worked with Unicef in Haiti in 2011 in the aftermath of the earthquake in 2010. This experience in Haiti helped McIlroy gain perspective. Years later, the player reflected on the US Open and said the memory of seeing “millions of people have no clean water” put the fact that he had nerves over “hitting a golf ball into some water” into perspective. He went on to win his first major.

Our research at the University of Staffordshire is showing that athletes who demand success, who believe that losing is terrible and consider themselves failures when they lose or face setbacks, actually experience emotions that can hinder their performance. More importantly, it can hinder their mental wellbeing.

The impact of the athletic environment on the mental health of athletes is only just beginning to be understood. But a key factor is how and what athletes think and believe about success, failure, and setbacks. One of our studies found that those with rigid and extreme beliefs such as “I am a loser if I do not succeed” are more likely to experience symptoms of anxiety and depression.

Unchecked, anxiety and depression are typically not conducive to a long and healthy athletic career and have consequences that stretch beyond sport into the athlete’s personal life. So, the language used – especially around young players – takes on extra importance given the heightened awareness of mental health issues in elite sport. Just this year there has been a huge rise in professional footballers seeking help for mental health and emotional wellbeing issues.

We can choose to be more accepting of athletes when they fail or do not meet our expectations. Just because we demand success, it doesn’t make it more likely to happen. England has demanded World Cup success from its football team for decades now, but that demand has not made lifting the trophy more likely. For some reason, many believe that to motivate players, there needs to be talk about the importance of winning all of the time. Athletes don’t need to be reminded of the importance of winning.

Sven Goran Eriksson reckons it’s not the football press which makes managing England the #impossiblejob – it’s the rest of the press! pic.twitter.com/7FJ8Xni4bZ

After all, while elite athletes are highly skilled, they are in fact just human beings. They have limitations and flaws, just like the rest of us. Everyone fails, gets ill or injured and faces rejection. That’s not being negative, that’s just recognising what it is to be human. Athletes are not robots that can be programmed with rules such as “must win”.

The truth is, when athletes fail, it is not the end of the world; they won’t die. It is not a war zone. By recognising this truth, players are more likely to play with freedom and passion. True athletic expression is unlikely to happen without the freedom to make some mistakes.

Research is showing that athletes can be helped to think more flexibly and realistically about performance by encouraging them not to demand success. Instead, they should be encouraged to accept themselves when they underperform and to put success and failure into perspective.

England cricketer Jos Buttler developed a way to reduce the pressure of test cricket by writing “fuck it” on the handle of his bat. Buttler said:

It puts cricket in perspective. When you nick off, does it really matter? It’s just a good reminder when I’m in the middle, when I’m questioning myself, and it brings me back to a good place.

I don’t know whether kidding yourself that something doesn’t matter is possible, but our research shows that it is possible to put success and failure into perspective to alleviate performance anxiety.

At the end of the documentary Managing England: The Impossible Job Rio Ferdinand said this could be “a new age” of young players given a chance to “express themselves without the fear of being ridiculed and absolutely hammered in the media”.

Everyone has a responsibility in the way they talk about sport to ensure that the athletes representing their country are supported, not vilified, no matter what happens, win or lose. Winning is important, but it is not a matter of life or death, so let’s encourage the players to go and express themselves.

More evidence-based articles about football and the World Cup:

Dr. Martin Turner is Senior Lecturer in Sport and Exercise Psychology at Staffordshire University, and a BPS Chartered and HCPC registered Sport and Exercise Psychologist. His research and consultancy expertise is within performance and well being within adverse situations. Specifically, he investigates how individuals can better cope with adversity with the use of biofeedback and Rational Emotive Behaviour Therapy (REBT). Martin set up www.thesmarterthinkingproject.com, a public-facing website for blogs and scientific thinking in performance psychology, specifically regarding the application of REBT