Eusebio is a man with a wealth of football experience, having featured for an array of top Spanish clubs as a player before making the transition into coaching and management in a career which has already spanned over 30 years in both capacities. With 203 matches for Barcelona under the guidance of Johan Cruyff in one of the most dominant periods in the Catalan club’s history, Eusebio has had a coaching apprenticeship many could only dream of.

At the completion of his lengthy playing career, which included 15 caps for the Spanish national team, Eusebio began coaching, starting a football school in Valladolid, the club with which he last played. From there, he progressed quickly and moved back to Barcelona to work as an assistant, and so, his coaching journey began.

Player Development Project wanted to know more about Eusebio’s career, his pathway to professional player and his progress to his most recent role, Manager of La Liga side, Real Sociedad.

Having grown up the son of a farmer, Eusebio learned from a young age the value of work ethic by sometimes helping his father around the farm. Nevertheless, as a young man he still had plenty of time spare to do what he felt passionate about, which was “to be with the ball and play football with the other boys of the town.”

“Any space was good to use as a football pitch and I would play for hours.”

Eusebio only had one thing on his mind growing up in a small town near La Seca, and that was to play football. “I grew up in a town of 1,000 people and I passed the time kicking a ball around against the wall of the church beside my house or in the streets and squares of town. I would even play in the fields where the grain was threshed. Any space was good to use as a football pitch and I would play for hours.”

So as he developed through play in the streets, fields and squares around his home town of La Seca, did he have role models who had an influence on his progress? He explains, “My parents made it easy for me as a child, but above all, my passion for football and my determination to be a footballer was the key.”

A young man with a singular focus and drive to succeed, Eusebio emerged as a gifted midfielder for Valladolid where he became a first choice player very quickly. During his development at the club the focus was on improving his technique and physical condition. “This, in combination with working on decision-making and the concept of playing as a team made me the player I was,” he says. Eusebio soon rose to prominence in his development environment, which he puts down to consistently putting himself against much stronger rivals, players who challenged him to continue to improve and grow. The mindset of the man is obvious – he likes a challenge.

After over 100 appearances for his first professional club, he moved on to Atletico Madrid before his arrival at Barcelona in 1988. He arrived at the Catalan club during a time which is now looked back on in the annals of football history as something of a revolution, where Johan Cruyff founded the ‘Barcelona way’. Eusebio’s former team mate and now legendary coach himself, Pep Guardiola refers to the era has the time when “Johan Cruyff painted the chapel, and Barcelona coaches since merely restore or improve it.”

“Through Cruyff, I discovered a new way of understanding the game, he taught us so much.”

Remembering the time spent as a part of such an incredible club under Cruyff’s guidance and alongside so many talented players, Eusebio says, “Through Cruyff, I discovered a new way of understanding the game, he taught us so much. His methods were perfect for the development of my skills. He taught me to think about why I was doing what I did on the field and he taught me so many new concepts. This gave me the tools to make better decisions each time I trained or played.” He continues, “One of the key learnings from him was that I learnt a special and unique way to play as a team. Within this methodology, everything made sense.”

“Every training session was an opportunity to have a good time and to improve.”

During this era, Barcelona had a playing roster of modern legends. Players like Ronald Koeman, Michael Laudrup, Hristo Stoichkov, Pep Guardiola and Romario were at the club giving them an unstoppable look and, in turn, multiple titles. Eusebio speaks fondly when recalling his years playing with such a special group: “It was special and a lot of fun. We always really enjoyed ourselves. We implemented a style of play that was fluid, happy and dynamic. Every training session was an opportunity to have a good time and to improve. The matches were an opportunity that allowed us to exploit our best qualities and use them to serve the collective. This style of play and approach to our football ensured we got good results.”

Eusebio left Barcelona after a stellar 7-year career with a haul of trophies under his belt. He moved on to play for Celta Vigo before returning to his home club of Valladolid where he racked up another 129 matches. Between 1984 and 1992, he played a combined total of 36 matches for the Spanish U21, U23 and national team. “My appearences were fleeting,” he humbly states about his international career. “My most cherished memories were my appearances for Spanish U21 side. We were the European champions and the atmosphere at the time was fantastic. My time with that team felt similar to the environment at Barca. It provided me with the ideal conditions for my attributes to be appreciated.”

Upon retirement in 2002 at the age of 38, Eusebio went almost straight into coaching at the highest level. He began working as an Assistant at Barcelona before a short stint at Celta, after which he returned to the Camp Nou to take charge of Barcelona B. The club still has such a strong reputation for its culture, so were there any marked differences between the Barcelona first team and its feeder side? He explains, “In short, the principles and concepts are the same across the club. Over time, evolution and progression has allowed for the incorporation of new tactical and methodological concepts and that has meant the club has continued to improve its performance.”

“The key ideas of Barcelona and the methodology that goes with it – they are entirely unique to the club.”

Having been part of the fabric of such a football institution for so long, Eusebio has seen many key differences in his time away from Barcelona. “There are many, and these differences are very big ones,” he says. “The idea of the game, methodology, player selection, and the time taken to implement the key ideas of Barcelona and the methodology that goes with it – they are entirely unique to the club.”

Now an established top-flight manager at a La Liga club, Eusebio describes his coaching style as being dynamic, positive, pleasing to watch, and effective. He aims to ensure he gets the best out of every player and puts this outcome into serving the team. “I want to make sure my players have fun playing and that they bring enjoyment out of themselves and their team mates too. I truly believe this approach facilitates good results.”

“As the Manager of Real Sociedad I aim to enjoy the role every day, to help make my players better every day. If I continue this approach, my team will grow and we will be in a position to strive to accomplish significant results and overcome challenges along the way.”

After an insightful and interesting discussion with a Spanish football legend, I have to ask him, just what advice would he pass on to developing coaches to ensure they give their own players the best possible chance to maximise their potential?

“It is so important to value your players’ strengths. You must encourage them to exploit these strengths to the fullest every day.”

He keeps it simple, explaining, “It is so important to value your players’ strengths. You must encourage them to exploit these strengths to the fullest every day. Every single player is unique. With decisiveness and determination there is no doubt that you can get out what you put in.”

As a young coach, it seemed like sound advice from a man who has seen it all. The challenge for Eusebio himself is an interesting one. From the highs of the legendary Barcelona era of the 1990s, will he be able to apply his wisdom, experience and knowledge as a Manager of a team with great potential and a huge amount of expectation from a ferociously passionate fan base? Only time will tell, but regardless of the outcome, Eusebio is without a doubt a manager with exceptional knowledge, a playful, happy approach and a belief that he can help his players maximise their potential. 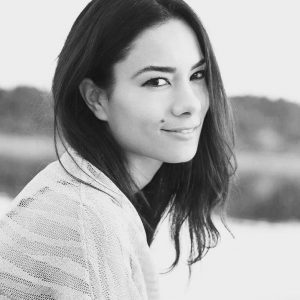 Brooke Duder & Dave Wright Brooke Duder is a fluent Spanish speaker and works in the marketing & health sector. Dave Wright is a UEFA A licensed coach and Co-Founder of Player Development Project.
Previous
Next