How to Integrate Players in a New Environment

Dianna Lepore Dianna is currently undertaking a PhD in professional women's football exploring players' perceptions and experiences of integration influencing team cohesion, at La Trobe University in Melbourne. Along with her project, she also works at the university as a facilitator and lecturer within the Public Health and Rehabilitation Counselling fields. Dianna aspires to assist with growing the women's game and to take her research to a global audience. 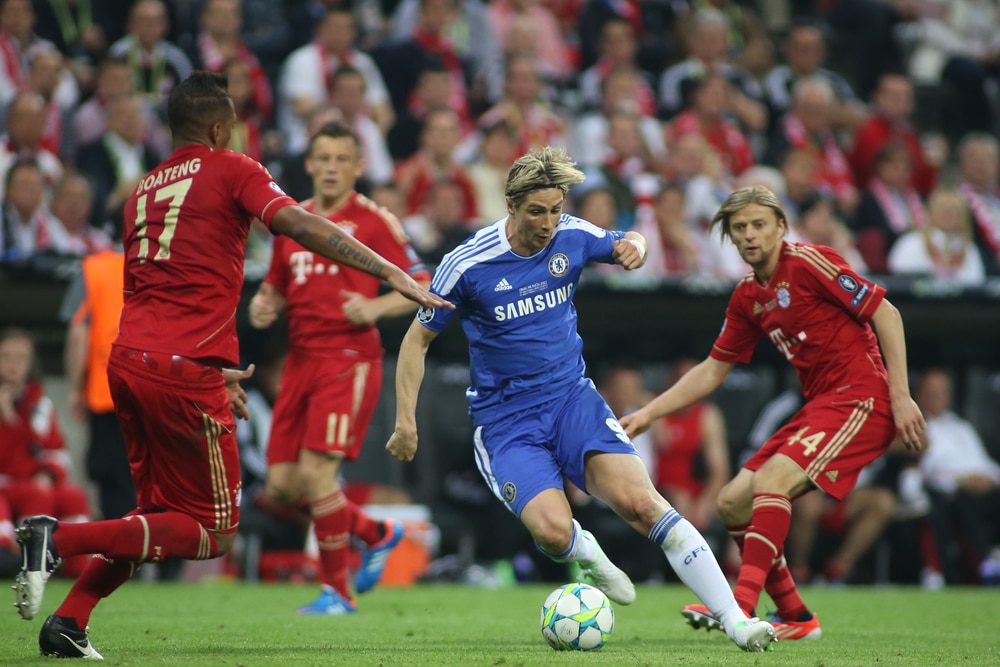 Social dynamics are a crucial part of any team environment. Integrating new players and ensuring they have a positive experience is a key component of coaching. In this article, new PDP Contributor & PhD Candidate at La Trobe University, Dianna Lepore discusses Fernando Torres as a case study in team integration, providing practical advice for coaches on how they can ensure a smooth transition for new players at their club.

New player signings can be an exciting time for clubs as they have the opportunity to bring in some fresh new talent and develop the current team. It’s during this time where teams reanalyse the previous season and decide which areas of the team structure are weakest and need to be strengthened. Now as I’m sure you are aware, there are many factors which come into choosing the right player to fulfil this desire; for instance, the transfer fee, the player’s wage, contract length, position/role etc. However, have you ever thought about how this player is going to ‘fit’ into your current team? In other words, will this new player be able to adapt to not only your club’s culture (i.e. values, goals), but also the existing team members?

From my own observations and discussions with professional football support staff, I have come to learn that each club has a different strategy when it comes to building a team at the start of the season. For instance, with some coaches it’s all about bringing in the most talented new player who has proven themselves in previous clubs as an individual star, for other coaches, their focus in on choosing a player which has the potential to develop the team, however may not be a ‘world class’ talent on their own. Now there is no right or wrong when it comes to deciding how you want to build your new team, as both strategies can be equally as effective.

The important thing to realise here, is that these new player transfers need your help in order to maximise their potential. Although they may be talented and talked about as the next Cristiano Ronaldo, without the player feeling part of the team and accepted by their new team mates, it’s very unlikely they will be able to live up to this heightened expectation of them. Now within your coaching careers, I am certain that you can all relate to a new signing which didn’t turn out as you hoped, for one reason or another. Sometimes the reason may be simple and a result of an injury, fatigue or lack of nutrition, but in some instances, you may be thinking to yourself ‘this player has everything and more so why can’t he or she perform?’ Here we can see that the answer is not always an obvious one and that there are other reasons why this player is having a challenging time performing at their best in their new club.

Whether or not you may realise, transfer player ‘flops’ are more common than you may think. You only have to google ‘the top transfer flops in football’ to be presented with several articles and opinion pieces on unsuccessful transfers. To illustrate this, let’s take a look at the well-known professional football player Fernando Torres and his unsuccessful transfer. Torres was undoubtedly the striker in demand when he played for Liverpool, scoring 65 league goals in 102 games between 2007 and 2011. He was then sold to Chelsea for $50 million, which at the time was the most expensive transfer in British football history. Now what no one had anticipated after this signing, was that Torres’ form would drastically drop after moving to this club. In fact, he performed so badly that he became an embarrassment to Chelsea and a player the fans started to mock.

Although his situation was quite drastic, I can’t help but wonder… what happened to him and why wasn’t he able to score as he did at Liverpool? On paper this looked to be a promising transfer; he was a striker in the starting team, moved to a club within the same country, and knew a number of other players at the new club. At first glance this seemed like an easy transfer with minimal complications, however as the season progressed, he continued to struggle and reach his potential. Why?

To try to understand this from Torres’ perspective, take a moment and think about a time when you were the new person in a new environment. Perhaps you changed organisations, moved to a new school/university, started a new sport (or moved teams within the same sport) for instance. How did you feel coming into your new environment? Were you made to feel welcome upon arrival? How did you find fitting in with the existing people at this environment? Did you find your transition fairly smooth or were there some challenges? How did you overcome these?

Research within the field of newcomer adjustment in organisations recognises that there are three main influences on adjustment for newcomers.

These influences may also be applied within the sports field as newcomers in this situation are referred to as new players, and the new organisation, referred to as the new sports club. In a study exploring newcomer adjustment during organisational socialisation, it was recognised that there is an association between newcomer adjustment and outcomes including performance, job attitudes, and retention. Therefore, as a coach of a football team in either an amateur or professional league, structuring your focus around these three points for your new players may prove very important in order to get the most out of them from the beginning on the season.

If we refer back to our example of Torres, is it possible that he could have been lacking in one of these areas, thus affecting his adjustment into Chelsea? Now as mentioned, Torres was a star and a world class player. Based on our knowledge as an outsider to his situation, what we know is that he transferred to Chelsea to play in exactly the same position as what he had previously at Liverpool. This would likely indicate that he was familiar with his role (role clarity) and probably quite confident (self-efficacy) in it, as he was very consistent with scoring spectacular goals at Liverpool. Here it appears that perhaps he was struggling with feeling accepted by his new team members and staff (social acceptance).

According to psychology literature, the need to belong is considered a fundamental human motivation, suggesting that if individuals do not feel like they belong, this may negatively influence their behaviours, emotions and thoughts. This becomes particularly important for football teams, as team members need to be able to effectively work together in order to produce positive performance outcomes. Therefore, in situations where players perceive themselves as not belonging to the team, this will inevitably affect their feelings of being accepted by the team, leading to a possible change in the way they play on the field. In both amateur and professional football, this becomes a concern as the football season can be quite short, which limits the amount of time players have to bond as a team, form positive relationships and social ties.

Keeping this in mind, the way new players are integrated into a new team becomes particularly significant to address as a coach, as this will likely influence how the player interacts with the existing players, which in turn impacts on their feeling of being accepted by the team, and ultimately their ability to perform on the field. Therefore, upon reflection, perhaps Torres may have had a different outcome if social acceptance was a primary focus of his integration experience…

So, the question you may need to ask yourself as a coach is, ‘How well am I really integrating my new players?’

As a grassroots coach, you have the power to facilitate integration experiences for new players joining your team. Based on the content provided here, in order to enhance social acceptance for new players, you may like to consider some of the following points:

Dianna is currently undertaking a PhD in professional women's football exploring players' perceptions and experiences of integration influencing team cohesion, at La Trobe University in Melbourne. Along with her project, she also works at the university as a facilitator and lecturer within the Public Health and Rehabilitation Counselling fields. Dianna aspires to assist with growing the women's game and to take her research to a global audience.