As well as being an ex- professional player, and player development expert, Todd Beane is the proud father of two young footballers in the making: Jordan and Shae. Beyond the analysis and coaching of football, Beane reminds us of a fundamental truth; order finds its way in an environment of chaos.

Chaos on the pitch. Training is about to begin and a few kids have already bombarded the grounds, managed to muster up a ball and have begun doing what they do best – play. My five-year-old son has control of the ball and says what many Spanish kids say in this same very situation, “QUITAMELA!” This is a game of me vs. everyone else. It is the ultimate ball hog battle. One child verses four enemies who begin to do exactly what he has challenged them to do – steal the ball. As each child gains possession he tries to do the miraculous – maintain possession against all odds. Twists, turns, tumbles. Constant movement. Deep motivation to hold on to the most valuable item on a pitch – the ball.

I can hear a chorus of parents from my youth in the United States scream out. I am certain the children there are still hearing… “Boot it.” “Get rid of it.” “Pass it.” “Don’t be a ball hog.”

In Spain, the ability to hold on to the ball is valued. It is an ability to stare at your opponent and know that you have control because you have the ball and you have an arsenal of moves and feints to hold on to it. You can look at them in the eye and dare them to take it away. (“Quitamela!”) If we are to develop players who ultimately will be able to decide when to possess and when to pass the ball, then we should be certain that they have the skills to hold on to it under pressure.

…maybe we should just sit back and recognise that we as coaches are just guides on a journey of self-discovery.

These young players did not download 100 drills for five British pounds. They did not use cones, poles and scrimmage vests. They did not stop every time they made a mistake to listen to a coach tell them that they made a mistake. They are not conducting an elaborate drill that baffles logic. They are playing the most fundamental game within the beautiful game. They are dominating the ball, making quick transitions, and competing with utter joy.

The giggles and battles yielded to a whistle from the coach. One and a half hours of elaborate drills that confuse even the most intelligent has begun. 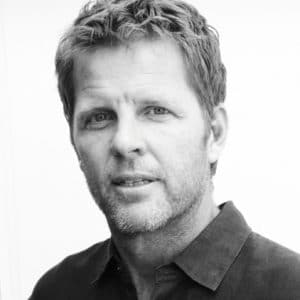 Todd Beane Todd Beane is the Founder of TOVO Academy, a football immersion program in Barcelona for players and coaches. Todd was also a Co-founder of Cruyff Football & is heavily involved in the Cruyff Institute.
Previous
Next

We can’t expect youth soccer players to show great emotional control all of the time. It’s sometimes easy to forget, but they’re not mini-adults — they don’t have the same capacity to control their emotions as we do, and we shouldn’t expect them to. But that doesn’t mean we can’t help. We can still teach our young players how to understand and manage their emotions. And this education is just as important to their overall development as the tactical and technical sides of coaching. Below,…

In this Masterclass webinar replay, the PDP team share a top presentation on developing 1v1 players. PDP Co-Founder Dave Wright hosts a conversation with PDP Technical Advisor, Dan Wright and PDP Coaching Advisor, James Coutts on the value of 1v1s and how you can support your players confidence in developing this key attribute. The conversation covers a range of topics: – Position specific 1v1s – Various session plans for you to adapt – Discuss where 1v1s happen on the pitch – Share video of 1v1…