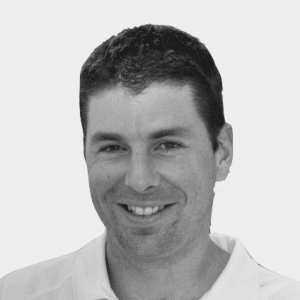 Mark Upton Mark is co-founder of myfastestmile and is one of the UK’s top coach education researchers. Mark has been an active supporter and top contributor to Player Development Project since our inception.

Is the structure of the traditional education system stifling the development of young players through a mechanistic view to learning? Co-Founder of myfastestmile, Mark Upton, discusses the work of Carol Black and the impact it can have on player development.

I have been following Carol Black’s writing and thoughts for the last couple of years…I would like to say with enjoyment but in reality she often leaves me feeling jarred and unsettled.

In The Future of Big Box Schooling, Carol casts a critical eye over the mechanistic approach to education…

“The fundamental flaw which is structurally embedded in our education system is the fallacy of social engineering — the false belief that it is possible to institute a top-down, mechanical structure, impose it on a complex living system, and expect predictable results. The entire superstructure of goals, objectives, state standards, curricula, and tests is fundamentally built on the assumption that learning is a mechanical process, in which the proper ingredients can be fed into the pipeline and the proper product will emerge at the other end. (Of course, the fact that this persistently does not happen, John Taylor Gatto argues, is no accident, but reflects the fact that it is not actually in the interests of the existing power structure to have a large population capable of exercising independent critical intelligence.)”

Given many of those involved in sport systems have progressed through this mechanistic & uncritical approach to education via their formal schooling experience, it is unfortunate yet not unexpected that this influences the approach taken to designing “learning”, “education” and/or “development” of coaches, players and other roles in sport. In my experience when any of those 3 terms are used it is difficult for people to break out from this familiar paradigm as their starting point. Just one consequence of this is the persistence of the “classroom as best/only way of learning” belief…

In her article, Carol also goes on to describe a more organic & complex view of learning…

“The key to the development of human intelligence and learning is that it is an organic process, in which a myriad of elements – some seen but many unseen – engage in a dynamic interplay to produce results which are stubbornly unpredictable in both timing and ultimate outcome. If you change your fundamental metaphor for the education of children from a mechanical one to an organic one – in other words, from the manufacture of a product to the flowering and fruiting of a plant – then you begin to see that your role is not to rigidly control each step in the process – with age-graded standards and lists of objectives and scope-and-sequence outlines and percentile scores – but to create the conditions – the soil, the water, the light – under which human brilliance may unfold and flourish.”

(Is that very last sentiment admirable in its aspiration but impractical in reality?)

I’m looking forward to discussing this topic tomorrow with a coach who has been involved in one of the most successful player development environments for the last 20+ years. I sense he is unsettled by the mechanistic approach that sport academy systems are increasingly disposed toward.

Mark is co-founder of myfastestmile and is one of the UK’s top coach education researchers. Mark has been an active supporter and top contributor to Player Development Project since our inception.

10 Mistakes to Avoid as a Beginner Coach

The question this week comes from the John via Facebook: “What are some of the common mistakes when you start coaching?” Additional Resources Ebook: Coaching Fundamentals: Six Steps to Creating Quality Youth Soccer Training Sessions Your Players Will Love. Your...

The Edge of Chaos

In this article, UEFA A licensed coach David Garcia shares his thoughts on the benefits of chaos and failure within coaching environments. “You’ve got to live at the edge of your capabilities. You’ve got to live where you’re almost certain...