Susan Salzbrenner, founder of Fit Across Cultures discusses mindfulness and its benefits to athlete performance.

Dennis was concentrating. “This is it. You got this! Stay focused. Just like in practice. Don’t miss this. It will cost us the game”. With the last seconds on the clock, he takes the last free throw. The score is 79-79. He shoots and …misses. A routine situation like a free throw in basketball, a serve in volleyball, or a penalty in football or hockey are habits that you have practiced many times over again. They are automatised. How come we still mess them up? How can we stay mentally present and strong in high pressure and high performance situations?

Using meditation and mindfulness for athletes can be one solution to staying mentally strong. Especially if you are playing professionally abroad, without our support network and under the impact of a new culture and language, finding a way to deal with stress, distractions, and mind chatter is essential to success.

What is the mindfulness approach?

Mindfulness can be defined as “a mental state achieved by focusing one’s awareness on the present moment, while calmly acknowledging and accepting one’s feelings, thoughts, and bodily sensations, used as a therapeutic technique.” … or, as in our case, a way to increase performance stability and to deal with high pressure and new situations.
Mindfulness for athletes has been used successfully by several professional and amateur sports teams. The video below shows a discussion between known mindfulness coaches in pro sports, Dr. Michael Gervais, George Mumford, and Mike Robbins. They talk about their coaching approach and interventions in the following discussion.

Let’s try to tie it back to the example in the introduction.

Why didn’t Dennis make the shot?

When our mind is too focused on negative thoughts from the past or the future (what could/has gone wrong), you essentially create a stress response that you have to instantly deal with. Not an ideal situation in the middle of an important game. It means we are using our attention and regulatory mechanism to attend these thoughts. It is difficult to stay composed, focused and make good decisions with all that mind chatter going on.

MINDFULNESS FOR ATHLETES PROVIDES A WAY TO MODERATE STRESS, AS WELL AS RESIST EXTERNAL AND INTERNAL DISTRACTIONS, OR THE FEAR OF FAILURE.

(Research by Davidson, R. et al, 2003; Tang, Y., et al., 2007, Ying, H.K. & Wang, J., 2008)
The feeling of being in the zone is known to all athletes. You have all experienced that moment, that game when everything seemed to work. But here is the tricky part: a state of flow cannot be forced. But “being in the zone” CAN be a by-product of mindfulness. It helps you to not control your thoughts, to not be too self-conscious, to feel effortless while knowing exactly what your team mates expect. NBA Star players like Michael Jordan or Kobe Bryant all worked with mindfulness techniques, most notably with the coach Greg Mumford. Read an interview with him on working with the Lakers.

It is often said that professional sports is a mental game. You are competing against the best of the best, so what makes the difference is who can stay cool and composed. Mentally tough. Mindful. Call it what you want. If you want to boost your talent and hard work with a mental practice that has proven results in multiple sports, give mindfulness exercises a try. 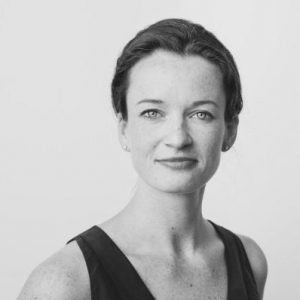 Susan Salzbrenner Fit Across Cultures founder, Susan Salzbrenner, has experienced first hand what it means to establish yourself in a new culture, overcome communication hurdles, and reach targets while feeling lost and misunderstood. With a background in organizational and clinical psychology (M.A.) and a certification as intercultural trainer, Susan trains, coaches and writes about intercultural communication, sports psychology and how culture and diversity affects performance. She started her passion for sport at the age of three with gymnastics and ballet, and was introduced to basketball during an exchange year in a U.S. high school. She has lived and worked in six different countries (Germany, USA, Australia, Denmark, China and France), traveled extensively around the globe, learned (and failed at) many languages, and played basketball along the way. She is currently based in Copenhagen.
Previous
Next