Youth soccer needs to base the development process on “play” and then find the right moments to encourage technical and tactical information, says Tom Turner. Coach Developer, Mark O’Sullivan interviewed Turner to get a more detailed understanding of his views on US player development.

“I consider myself a teacher who coaches soccer,” says Tom. “The primary objective with young players is always to create an environment that encourages them to return the next week, the next season and the next year. There is no delayed gratification with young players, they need enjoyment now!”

Our conversation began in the area of talent identification and how genetically influenced doesn’t mean genetically determined. Talent is not pre-packaged at birth but takes time to develop. It is also believed that environment can trigger gene expression.

According to Tom, top athletes – as in those with the genetic potential to become proficient or highly proficient – still need to develop their passion in order to maximise their potential. “Not everyone can be in the right place at the right time with the right coaches or simply grow up in an environment that incubates top level performers.” On a mass level it could be said that culture also plays a significant part when it comes to soccer development. For instance, young players growing up in Brazil (population 200 million) have far more opportunities to become professional players than kids growing up in Pakistan (180 million).

When looking to create the optimal environments for young people, Turner refers to joy and motivation as two of the most important factors. “Coaches need to treat children like children,” he says, “not just young soccer players.” Children often come in to the game with no emotional hook and they need experiences that make them want to come back. They also need experiences that will make them want to play independent of adults.

According to Tom, this is one of the great ironies of soccer. Through history many top professional players and weekend amateurs alike developed their passion from playing in the streets and practicing alone. Yet organised sport has forgotten that. “I see youth coaches trying to organise discrete skills before they have any clue how or why; it’s like giving a kid a computer and having them continuously press the letter K for an hour”, he explains. Instead, Tom goes with the philosophy that learning works best from global to specific. “Youth soccer needs to base the development process on ‘play’ and then find the right moments to encourage technical and tactical information.” In working from the global to the specific with young players, it means that we are approaching practice from the perspective of play.

Another important factor when working with children in soccer is “managed” competition. Kids like
to compete; it’s motivating. It’s fun. “However not all kids have the experience to engage in formal competition,” believes Tom. “Some have a genuine enthusiasm for the sport while others are simply participating simply because their parents signed them up. We have organised leagues in the USA for six, seven and eight year olds with coaches who manage games to win. All this is at the expense of enjoyment and development. We have a serious environmental problem.”

“In the early part of the 2000s, US soccer started to move young players into smaller-sided games to provide an environment that catered more to their physical and cognitive levels and more importantly their enjoyment.” This change has proven to be very beneficial for both players and coaches, yet Tom is keen to point out that there are still areas of the country that have not adopted this philosophy.

Youth soccer needs to base the development process on ‘play’ and then find the right moments to encourage technical and tactical information.

In general US soccer is undergoing “a significant philosophical redesign that has raised the bar on coaching education expectations and will impact player development. We have evolved from teaching technique and tactics as separate models to an approach that acknowledged the integration of technique with tactical situations, to a model that situates the game as the central focus.” This really challenges coaches to improve individual players within the structure of their teams. One of the lessons from street soccer is that there are no “correct” technical solutions to tactical situations. “Either someone has skill or they don’t”, as Tom puts it. If we add variability to
the ways we practice technique, it forces the brain and muscles to be more adaptable to novel situations. Of course, this requires a patient coach as the “speed” of learning is not as rapid as passing back and forth in a repetitive way, but the long-term outcome is a more skilful player. Tom believes this concept should also apply to tactical learning, saying, “If the training situations never vary
in rhythm, complexity, intensity or physical demand, the players never have to react to novelty or uncertainty or insecurity. The vision and skill of the coach are critical to this process.”

What Tom is proposing for our young players is an emphasis on play-based games (games using the dynamics
of play). These games should try and incorporate attacking, defending and transition. The aim should be to get young players to recognise the tactical cues, and to read the game especially when the game goes what Tom refers to as “off-script”. As players demonstrate their learning we should look to raise the bar.

If the training situations never vary in rhythm, complexity, intensity or physical demand, the players never have to react to novelty or uncertainty or insecurity.

This is indeed a paradigm shift away from the traditional coach-centred approach that calls for the adult to provide all the technical and tactical solution “by dominating the air space”. A more player-centred approach calls for the adult to help the players arrive at solutions by engaging them in learning how to think for themselves. “The player-centred approach is emotionally different because the players are encouraged to take ownership of their own learning”, says Tom. The coach can control the variables within the training games and ensure good transfer from practice to match. “The ability to manipulate these variables in a purposeful way distinguishes the ‘art’ from the ‘science’ in the coaching process.”

Retention and transfer are two very defining themes with regard to learning. Working with technique in context gives better retention over time and using a game-play based structure in training provides for better transfer from practice to game.

Of course, creating a player-centred environment is not that easy and “it is not always and easy journey, but players invariably respond more positively to being central to their own learning”, says Tom. It is an environment in which it is safe to fail. There needs to be room for patience and mistakes. “With enough positive experiences early on, there is a good chance young players will become motivated to engage on training that purposefully starts to smooth the rough edges – and be motivated enough to self-train. When this emotional hook lodges we have a different player and a more attentive student.” One of the big problems at coaching level with youth soccer is that coaches take emotional commitment for granted and treat children as though they are apprentice professionals at a time in their life when they just want to have some fun.

By focusing more on individual development, “we would probably have more players in the game”,
says Tom. Soccer in the USA is too competitive (results-based) too early. The young player is being exposed to the pressure of team play before they are ready.

Coaches today need to have some understanding of developmental psychology…

Even for a coach who is thinking long term, they have to deal with inexperienced parents who don’t appreciate the sensitive nonlinear timeline of development. As Tom explains, “Parents often equate winning with development regardless of the quality of soccer and this puts the teacher-coach at a significant disadvantage in the American environment, because the marketing of success is seductive.”

Tom Turner believes that the best way to encourage creative thinking is to stop coaching in absolutes. “If the coach wants to string-pull the decision- making – soccer by numbers – there isn’t much room for creativity. On the other hand, if the coach appreciates the need for flexible solutions and is willing to take the associated risks, creative thinking is almost guaranteed. We are hardwired to learn and we are hardwired to constantly adapt.” 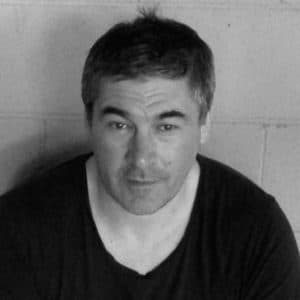