PDP Technical Advisor, Dan Wright provides an in depth analysis of how Leicester City have managed to defy the statistics and implement a ruthlessly efficient counter attacking game plan which sees them sitting on top of the Premier League table heading into Spring, 2016.

Leicester City have shown during the 2015/16 season there is more than one way to win a football match. Throughout the top European leagues the teams with superior possession dominate the standings, all except the Premier League. In fact, Leicester are ranked poorly for many of the metrics that you might use to identify a top team; Possession (18th), passes per game (19th) and successful passes (20th). But there is more than one way to play…

What do Leicester do well?

Simply put, counter attack and direct play. It seems Claudio Ranieri decided early on that Leicester were not going to dominate possession, their success lies in playing to their strengths and they are very much the sum of their parts.

Breaking down the Counter Attack

After watching all of Leicester’s games this season, I have tried to break down the counter attack so it easy for players to understand. In my opinion there are 5 stages;

Simply put is it on to counter attack? This is a mindset, it has to be adopted by the whole team. When Kasper Schmeichel claims the corner against Manchester United, watch how quickly Leicester explode.

The team must decide between:

If we wish to counter, consider the following:

To counter effectively we must be able to regain and secure possession effectively. We can’t expect runners if we constantly win and turnover possession. In Drinkwater and Kante, Leicester have two players that regularly win and keep possession for their team.

Once we have won possession, we need to make the next decision quickly. In the the video I have labelled this as “run” or “release”. Dick Bates suggest you have 2 seconds to make that decision or the moment has passed and the opposition have recovered. In the video there are good examples of early passes from Mahrez vs Liverpool and Drinkwater vs Arsenal, but also running with the ball, see Fuchs vs Man Utd.

Once we have decided to counter the team must support the attack. In these clips it looks as if Vardy goes alone, but if you study them often the other ‘runner’ gives the defender something to think about, and Vardy uses this to his advantage. The Arsenal goal is a good example, Koscielny can not go and engage Vardy as he is worried about the square pass to Okazki. Vardy uses his pace to drive behind Mertsacker and drill past Cech, whilst Koscielny can not engage due to the threat of Okazaki. 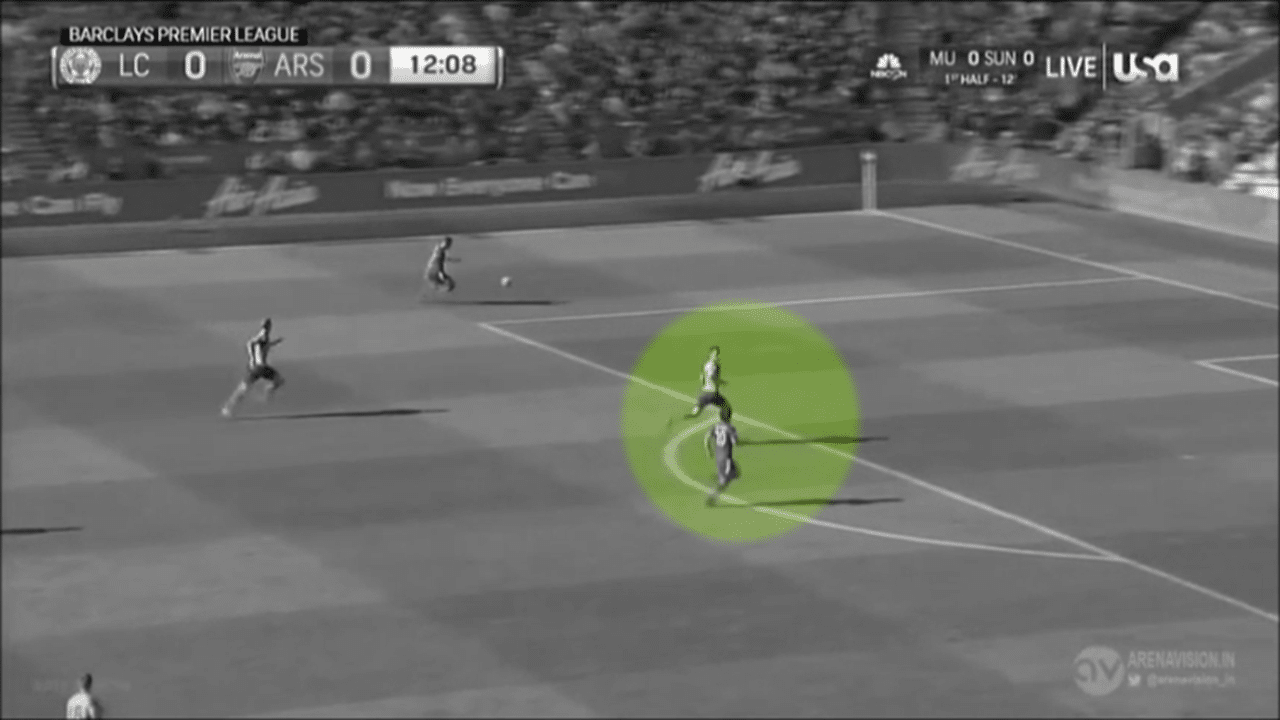 Koscienly has to check to see Okazaki. 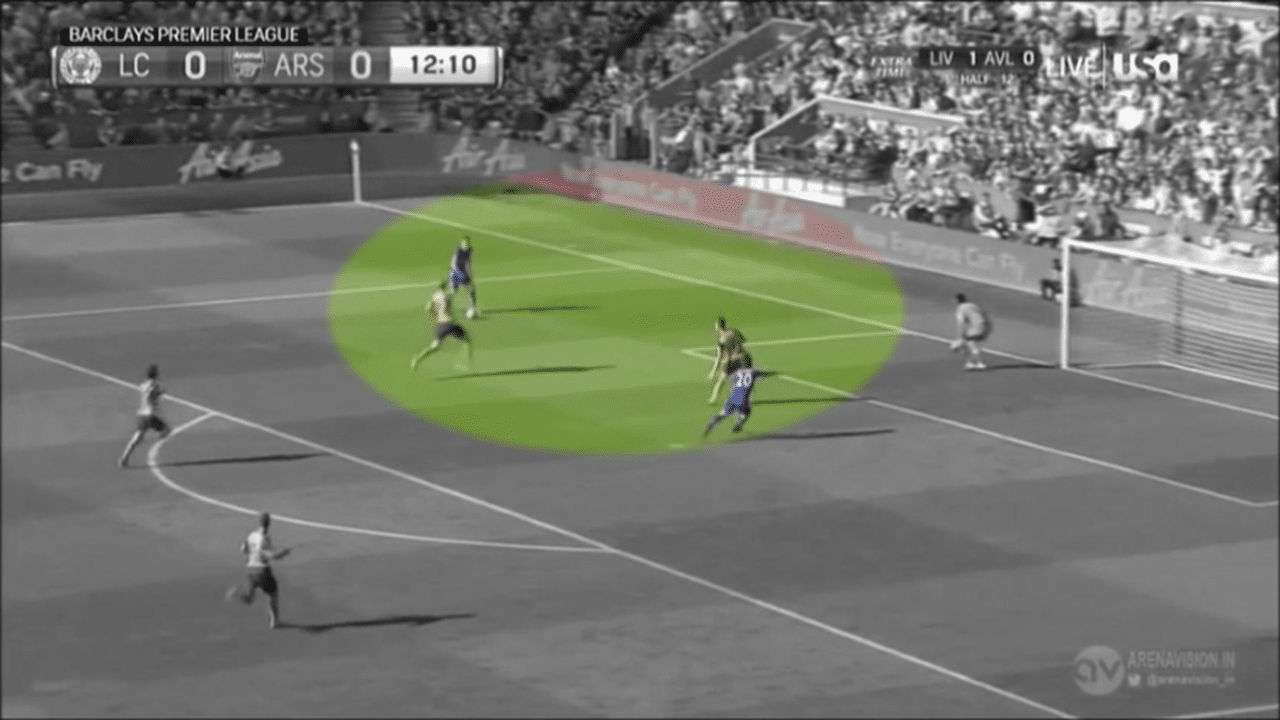 Vardy exploits this, Koscienly has to screen the pass due to Okazaki’s position.

The ultimate aim is to score, but other end products could include winning a penalty, free-kick or a corner.

When thinking about end product, if we have created an overload in a counter situation there are obvious benefits to passing rather than going alone!