Throughout sports history there have been examples of militant coaches and stories of those who go too far on the sideline. However, the line can be crossed and coaches must recognise the position of influence they have on young athletes lives. Founder of Changing the Game Project, John O’Sullivan shares an article on a terrible recent story of bullying in American Sports which has left lives ruined and raised a huge number of questions in the coaching industry.

On May 29, 2018, University of Maryland lineman Jordan McNair ran the last sprint of his life. After a series of 110 yd runs, during which he became disoriented and had trouble standing, McNair collapsed and died of heat stroke. He had a body temperature of 106 degrees in the hospital. He was only 19.

What happened? Why did it happen? Should this have ever happened? Were any individuals negligent and responsible for this tragedy? These seem to be questions that should have been asked by the administration of Maryland, yet were they? Because it was not until an August 10 report by ESPN that the university started holding coaches and staff accountable. ESPN’s interviews with former players and staff included findings such as:

“An environment based upon fear and intimidation.”

“A player was forced to eat to the point of vomiting.”

“I would never, ever, ever allow my child to be coached there.”

I am writing today because the treatment of athletes by the Maryland football staff is not an isolated incident. Every day, across the globe, young athletes of all ages are subjected to emotional, mental, verbal, and sometimes physical abuse by coaches. I know this because not only do we read the stories, but we get heartbreaking, personal emails from distraught parents at wit’s end.

And when I tell my friends and colleagues about these, they are not surprised. Nearly every one of them can tell me a story about their community and about a coach like this. It is insane.

Is there any other time in the lives of our children where we entrust them to highly influential adults, and then basically require no training from those adults? The influence of a coach is never neutral, and a coach’s affirming or demeaning words can stick with a person the rest of their life! Shouldn’t we be training these people?

In a great recent article in the Deseret News, Amy Donaldson shares the story of two coaches who influenced her life, one positively and one negatively. She speaks to the abuse at Maryland Football, and Utah Swimming, at Penn State and Michigan State, and she asks this poignant question: Why do we accept things in athletics that we would never accept in any other situation?

“The reason some of these situations drag on for years and don’t get resolved until someone files a lawsuit or a family succeeds in revealing criminal behavior is that we’ve become numb to this behavior in sports,” says Donaldson “If a math teacher ridiculed a student who forgot his math book the way a basketball coach taunted a kid who forgot the designed play, he’d be punished without any three-month investigation. If an English teacher punished disruptive students by making them exercise until they puked. she’d be looking for a new job without the benefit of weeks or months of paid leave.”

This is the type of coaching I want for my kids.

In this article, I am talking about coaches who cross the line. Coaches who bully, Coaches who demean, and put our kids at physical and emotional risk. And I am talking about our society who accepts this type of behavior in sports, but nowhere else. We are afraid if we stand up we will be blackballed or kicked off the team. We are afraid if we demand that our children are treated with respect that they will miss out on the all-star team. We stand up for our kids everywhere, but in sports, we look the other way? Why? Are we afraid of missing out?

The evidence is clear. If it’s not acceptable in schools, it should not be acceptable in sports. If we don’t let our peers or boss treat us like this at work, why do we let it happen in sports? We can “toughen” kids more effectively in an environment of love and respect than we can in one of fear and intimidation. We can connect and reach athletes far better through a positive team environment than a negative one.

Coaches, I know a lot of you who follow this blog and our podcast know that I am not talking to you here. I know and respect and appreciate all you do. The vast majority of our coaches are great. But the ones who do not show up to our talks, the ones who don’t need coaching education or someone to tell them how to do their job, they are killing us. They are giving us a bad name.

We need them to change or get away from our kids. We need the great coaches to demand more from those who do not get it, and support our parents who do the same.

Sports will always have inherent risks, and injuries and death might occur. This is a tragedy. But many of the issues that plague sports today are avoidable with education and accountability. We have to change the culture, not only for the young men at places like the University of Maryland Football, but for all the young kids across the globe who just want to play, and instead encounter a tyrant dressed in coaching attire.

It is time to stop tolerating and turning a blind eye to abusive coaching. It is being done by forward-thinking organizations across the globe. Is it being done by your school or club? 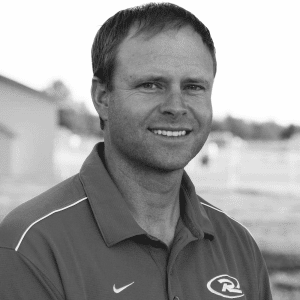 Developing the Individual with Arthur Brammer

In this Masterclass Discussion, PDP Editor, Dave Wright is joined by highly experienced Academy Coach, Arthur Brammer for a wide ranging conversation on player development. Arthur is a holder of the FA Advanced Youth Award and the UEFA A license. With over 10 years Academy experience in England at Watford FC and Fulham FC. At the time of recording, Arthur was working at New York City FC and since this interview has taken up a new role as Lead U15 Coach at Brighton & Hove…