As a coach, it’s easy to overlook the sacrifices players and their parents make to pursue their love of sport. With support from Murray United Technical Director, Adam Carty, PDP Contributor, Lara Mossman shares an article on commitment and motivation for young players, providing advice for coaches on how to create autonomy supportive environments.

When young players sign up for talented and elite player programs, the commitment is usually considerable. Compared to their counterparts in community sports programs, some players travel several hours each week to attend training and/or matches. It’s a huge commitment even for the most dedicated young athletes. Adam Carty is the Technical Director of a regional Australian club, where it is not uncommon for players to travel in excess of sixteen hours per week for their sport. “Some of our players make a two hour round trip to get to training and on away games that round trip can increase to eight hours,” he says. This article looks at some practical strategies that coaches can use to help support the wellbeing and motivation of these players, who quite literally go the extra mile and beyond.

Whether or not coaches believe that it is their job to motivate players, or whether they think that players should be able to motivate themselves, is moot point. This is because no matter what coaches do, their actions can impact on players’ wellbeing and motivation (Duda & Appleton, 2016). In some cases this impact can be positive, in other cases not so positive, as demonstrated by a growing body of research (e.g., Amorose & Anderson-Butcher, 2007; Blanchard, Amiot, Perreault, Vallerand, & Provencher, 2009; Ryan and Deci, 2017).

Research has also shown that it is not the quantity of motivation that matters but rather the quality. High quality motivation is when players value the activities in which they participate, identify with them, enjoy them, and/or find them interesting. Low quality motivation is when players are more externally controlled to participate in their activities, either through rewards, punishment, guilt or pride (Howard, Gagné, & Bureau, 2017; Ryan & Deci, 2017). So why does this matter?

When players experience high quality motivation they are flourishing in sporting environments that provide them with choices and enable them determine their own actions. Their autonomy is supported. These players readily dedicate time and effort to their training practice. Coaches who tend to create the conditions that allow this to occur and sustain have what is known as an autonomy supportive coaching style, whereas coaches who do not do this tend to be more controlling (Duda & Appleton, 2016).

Players of controlling coaches are less likely to persist at activities and more likely to experience burnout and dropout. Given this, coaches of athletes who are expected to go the extra mile and beyond can consider some autonomy supportive behaviours to dial up and some controlling coaching behaviours to dial down. Below are five strategies coaches can use to create these more optimal conditions in order to support these highly dedicated players:

One way to support the autonomy of players is to acknowledge players’ feelings and perspectives. It would be easy to make assumptions about how players are coping, and to assume that things are ticking along okay, especially if players do not say anything to the contrary. However, they may not speak up for a number of reasons, including fear of being dropped if they are deemed not to be coping with the pressure.

Coaches should not shy away from ‘temperature check’ conversations; checking in with players and parents to understand their perspective on how they are coping with the commitment and with meeting the demands of the travel. These conversations can help coaches to learn about how their team prepare their mind and body in order to perform well after long periods to time cooped up in a car. Information learnt from players who are thriving under the demanding conditions may also be useful in helping other players who are struggling.

“The value is often in what you hear in preference to what you say. Creating an environment that makes it safe for players and parents to approach coaches is critical,” says Carty. “Doing this avoids closed questions being provided with somewhat unhelpful closed answers; ‘are you okay?’… ‘Yes I am, thank you’,” is a sign Carty says that the environment might not be optimal. He says, “One way to measure how the relationship between coach and players/parents is going, is when the information being shared has more to do with feelings that just ‘stuff’. Consider the value of a player who is comfortable to tell you about how stressed they feel after a hectic week of school exams, and the potential follow up questions you can ask to establish what impact this stress is having? Are they eating well, are they in a rush all the time and appear ‘unrested,’ or are they arriving late for training and games?”

Another way that coaches can support the autonomy of players is to provide them with choice. Coaches can be open to allowing parents and players some choice around how they participate in the program. For example, allowing them to miss a training schedule per week, or every other week. If the players feel they have some control over their training environment they are likely to feel less over-whelmed. Coaches should clearly communicate limits and rules around this to players and parents, though.

For example, when allowing players to cut down on their commuting time by missing sessions, consider giving them a schedule to work on at home. When thinking about rules and limits, consider what would be less disruptive to the training of the whole team. Would it be preferable to have players who need a rest from travel to be rostered off on the same night, or different nights? So coaches can provide choice, but within genuine limits and rules that they are comfortable with.

Bring families together to share ideas around player and parent fatigue management. This is something that coaches can approach team managers or their club administrators to coordinate. What ideas do families have to help players stay on top of homework and other responsibilities whilst fitting in long commutes? Can they curate a list of useful online videos, podcasts and audio books for the long drives to support the content that players are learning in the school curriculum? What ideas do families have for safety when driving long distances? Are the drivers and players prepared?

Carty emphasises to his players that “Being asleep in a car is not mutually exclusive to having a good sleep, the benefits of uninterrupted deep sleep on a player’s performance or a parents well-being before a long drive shouldn’t be underestimated. Players / parents need to recognise the benefits of good quality sleep.” Families can consider what options they have for sharing driving load, such as lift sharing? Connecting families and creating a sense of community can help to build flourishing teams.

If players are missing training sessions coaches should avoid punishing them, such as with reduced game time or starting matches on the bench. They may be missing sessions for reasons that are outside of their control, perhaps a parent is unable to make the long commute on a particular evening, or could not get away from work early enough. When a player has long distances to travel to training they are likely to have no alternative options for getting themselves to training. At times, fatigue caused by travelling the extra miles could impact player performance. Again, coaches should avoid punishments such as intimidating them in front of others. Punishments are a form of controlling behaviour that can lead to lower motivation in players over time and can lead to burnout and dropout. Likewise, offering rewards to players to get them to improve their performance can have the same negative effect on player motivation in the long term.

In order to avoid undermining high quality motivation in players, coaches should not use excessive personal control. Whilst their sport may be fundamentally important to youth athletes, they still have a raft of other commitments in their life such as homework, family birthdays, and time socialising with friends. All of these are important and the adults in the players’ lives need to provide space for these things.

Coaches can reflect on what their expectations are about their players’ commitments outside of sport. If they find themselves expecting players’ whole lives to centre around their sport, it might be time rethink the messages they give players around this. As Carty say, “In youth football, results are a consequence of performance. Consideration therefore, needs to be given to the platform on which good performances are built.” This platform is one that has an eye on player wellbeing and motivation, as well as technical and tactical development.

In all, the road to success for those players who go the extra mile and beyond, might look quite different from their counterparts who do not face long commutes each week. Expecting the same level of intensity and commitment to training nights throughout the season may end up in burnout and dropout if left unchecked in these players. Coaches can consider being flexible and creative in order to design player development programs that allow for a balance in their players’ lives. Above all, players should not be punished for things outside of their control. While this list is aimed at players with heavy commuting loads, the strategies in this article could potentially benefit all players. It is now recognised that these are broadly associated with more positive health and wellbeing outcomes in players.

Amorose, A. J., & Anderson-Butcher, D. (2007). Autonomy-supportive coaching and self-determined motivation in high school and college athletes: A test of self-determination theory. Psychology of Sport and Exercise, 8, 654-670. 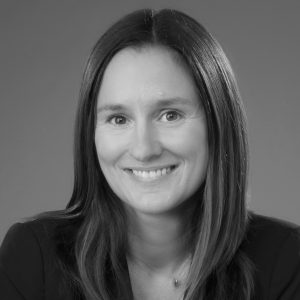 Lara Mossman & Adam Carty Lara Mossman is currently working towards her PhD in wellbeing and positive psychology in football at La Trobe University in Melbourne. As well as being a regular contributor to PDP, Lara teaches positive psychology at The University of Melbourne. Adam Carty is the Technical Director of Murray United, a regional NPL club in Victoria, Australia.
Previous
Next

In this Masterclass Discussion, PDP Editor, Dave Wright sits down with Dr. Suze Brown, a Clinical Psychologist and expert in the areas of identity and attachment theory. Suze outlines a number of strategies as to how we can better understand our players through an empathetic approach, sharing some ideas as to how coaches can utilise an understanding of psychology to improve the environment for players. A must watch for coaches. Dr. Suzanne Brown is a Clinical Psychologist and the Director of Emotionally Connected (www.emotionallyconnected.co.uk). She…